ITV Editor going up and down in a lift 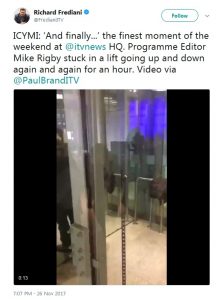 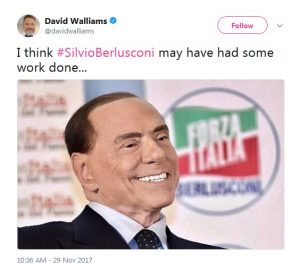 As the Connecticut Post moves from its long term offices…

“A few years after that — it must have been 1986 — we heard a gun go off in the newsroom,” recalled then-reporter Michael Daly, now a columnist and the editorial page editor. “Everyone looks up. Bits of concrete dust floated down on the head of the city editor.”

It was soon discovered that the weapon was owned by one of the Post’s younger staffers who had become a drug dealer. His handgun went off accidentally when he dropped his coat.

He was later arrested in the newspaper’s lobby and charged with selling cocaine. A Bridgeport cop had been working undercover as a janitor, and helped make the bust.

”He was one of the best janitors we ever had,” said longtime reporter Daniel Tepfer of the undercover cop. “We were sorry to see him go.”

The bullet hole is still visible in the newsroom’s ceiling. 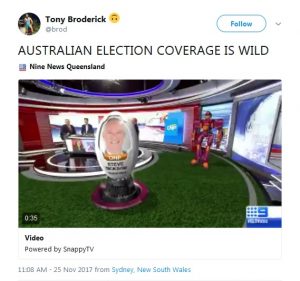 “What happens if Meghan fails the citizenship quiz?”

“Or William the Conqueror, unless I missed a bit.”

“What is the official full title of the sovereign of the United Kingdom?
Granny.
Correct, you may proceed up the aisle.”

“Meghan Markle is unsuitable as Prince Harry’s wife for the same reason that Wallis Simpson was unsuitable: she’s divorced and Harry’s grandmother is supreme governor of the CofE”

“The Church of England was founded so a king could divorce…”

“It’s The Crown/House of Cards crossover episode you’ve been waiting for.”

With the draw for the 2018 World Cup today, the BBC looks back at the chaotic draw for the 1982 World Cup, which suffered from a number of mishaps. 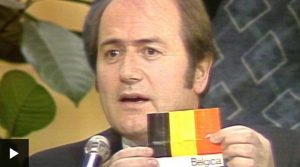 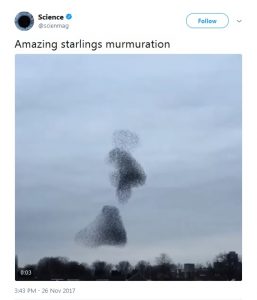