He spent his early life in New Delhi, before his passion for science and technology led him to purse engineering at Imperial College London. His Masters soon followed in Electrical & Electronic Engineering with Computer Science and today Aditya uses these experiences to assist companies build effective digital presence.

He shares his journey of continuing to strive to reach the next level.

It hasn’t been a straight forward journey for Aditya – like that of many entrepreneurs. He wanted to build a business as soon as he moved to the UK but was restricted because of his student visa. At the same time he didn’t want to build his business in India, so he set out a plan:

This is exactly what he did. He pushed for a stronger focus on entrepreneurship at University and founded an Imperial Creative Lab and started an event series called Startup Mondays. 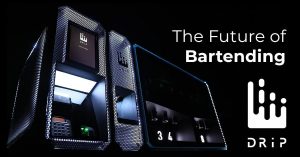 Outside of University, Aditya became embedded in the London startup scene and took an interest in user-centric design in preparation for his own business. He also worked with Emeritus Professor Robert Spence, and designed, as part of his dissertation, a prototype for the RealRead pen – an aid for the visually impaired allowing them to translate written English text to braille in real-time using a compact handheld device. 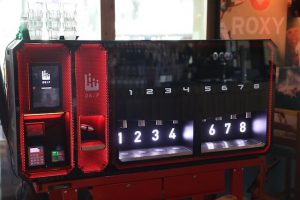 Aditya was also one of ten students at Imperial College to be awarded the BP Scholarship of £20,000 and was chosen as one of the “Top 100 Students to Watch” in the UK. Then when University finished, and after he declined a position to work at Airbus, he began DRIP.

He explains, “To sustain myself as I built DRIP, I turned my web development freelance work into an established digital media and marketing company called AStudio. This became self-sufficient with only my oversight needed, so to understand the opposite side of a founder, I worked as an Investment Associate at a seed-stage venture capital company called RLC Ventures.”

Aditya then designed and manufactured the DRIPShot in Dubai, conducted a soft launch there with research and returned to London to launch. He didn’t succeed at first in the UK due to a focus on a narrow niche of nightclubs but made headway in India, where the first machine is being demoed to key stakeholders. 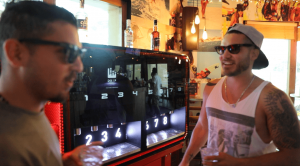 Not one to stand still for long and utilising his eight years experience in UK and European markets, Aditya now works with Indian businesses who are looking to expand into these markets but also with UK clients looking to tap into the Indian market.

Aditya has also just been chosen to attend the Wolves Summit for in Poland in mid-March. This event focuses on the European market and Aditya will get to take part in investor and corporate partners one on one’s and possibly even pitch on the main stage.