Some organisations are now looking to introduce a four-day week. It is a curious change to the traditional model and one which has opened up the debate of what’s fair for people and business.

Whilst some may be sceptical of the move, the argument should be made that talent is a true differentiator within the sector and therefore working fewer hours may encourage more to enter the industry and work for a business.

Acquiring the right people will always be a main aim in the industry.
However with the world of work constantly changing, many believe that the nurturing of talent must include an emphasis and investment in training and unlocking potential which for numerous reasons has been constrained.

The number of people employed on “zero-hours contacts” in their main job, during October to December 2016 was 905,000, representing 2.8 per cent of all people in employment (according to the Labour Force Survey in the UK). Some experts thought the contracts were a fleeting post-recession move that would fade as employers become less nervous about hiring permanent employees. However they seem to have become embedded in some parts of the hospitality sector. 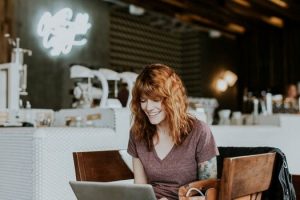 The growth of freelance workers is often argued as positive for both the employer and the employee. There is increasing demand from businesses wanting to keep costs down and hire in skills as and when they need them. On the other side there is a growing number of individuals wanting to work flexibly.

The four day week will undoubtedly appeal to some . For businesses the concern is how the shift structures impacts on productivity. Early adopters may provide clues to its success, but until the financials are investigated, the argument will sit in the undecided field.

As more people push into working high numbers of hours a week, business may notice their output performances dropping and people suffering. The natural move for an individual is to then look to these models and the appeal may grow.

Hospitality is all about people but pushing them beyond the time they should work may lead to consequences that damage the industry.