EP hosted a dinner event at The Innholders Hall this week, with Pieter-Bas Jacobse (PB) managing director of “Rhubarb”

While enjoying a phenomenal nine course menu designed by Michelin Star Chef Herbert Berger with accompanying wines, guests were entertained by PB as he told the story of “Rhubarb” and recounted some of the more entertaining anecdotes from his own personal journey.

Having begun his career in his native Netherlands, PB moved to New York for a four year stint in the mid-nineties. Working at The Waldorf Astoria he recounted how on his first day a waiter was killed following an accident with a renegade dinner plate and on his second day he shook hands with President Bill Clinton – “It was never dull, that was for sure!”. He worked his way up from Head Waiter to Director of the Bull & Bear Restaurant and also Oscar’s and is proud to have been inducted into “The Waldorf Astoria Distinguished Alumni Club” for his efforts.

In the early noughties he found himself back in the Netherlands running his own successful catering business but was aware that there was only a limited amount of growth he could achieve in the specialist market within which he operated, Following a meeting with the founding owner Lucy Gemmell and Clive Beharell, PB joined the team at “Rhubarb” in 2005 as managing director.

The events side of the business was going strong but PB committed himself to growing the business through diversification, acquisition and franchising.

“The company needed some focus on the business aspect rather than the creative side. Everything “creative” was being really well done, but we needed to focus on growth too”

Transitioning from events catering into retail and restaurants is no small feat, but PB and his team are certainly making waves in the sector. The company are now operating three permanent restaurants as the exclusive caterer in the Royal Albert Hall along with on-going operations in the Saatchi Gallery and London City Airport, and also “occasional” catering events such as the Rugby World Cup, the Olympics, Wimbledon, Royal Ascot and Henley Regatta.

A partnership with Heston Blumenthal, says PB, was a key factor in gaining public recognition and also in developing the team of chefs. “We use Heston’s development kitchens to test some of our crazier ideas too. The chef team are always there, learning about new techniques, developments and trends in the market”

PB has also overseen the move into retail, with the opening of “Rhubarb” at T3 Heathrow. The company was approached by the BAA for a concept for Heathrow which has since blossomed into a 75 seat restaurant at T3 turning over about 600 covers every day.

Growth is expected to continue for the company with PB anticipating they will need to recruit 75 chefs within the next 2 years. Turnover in 2011 was £27 million, up almost £22 million from £4.5 million in 2005. Listening to PB last week, it certainly doesn’t seem like that upward trajectory is going to change any time soon.

“It has been a hectic time for us, but a really fun journey to be on. The future looks really bright, but that doesn’t mean that we can relax. We are always developing and changing. Nothing stays the same forever” 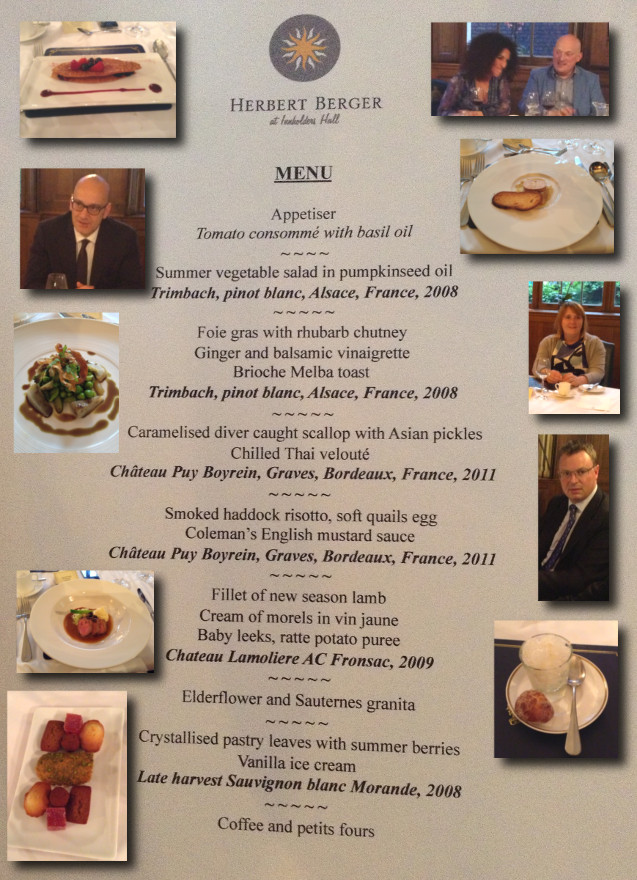 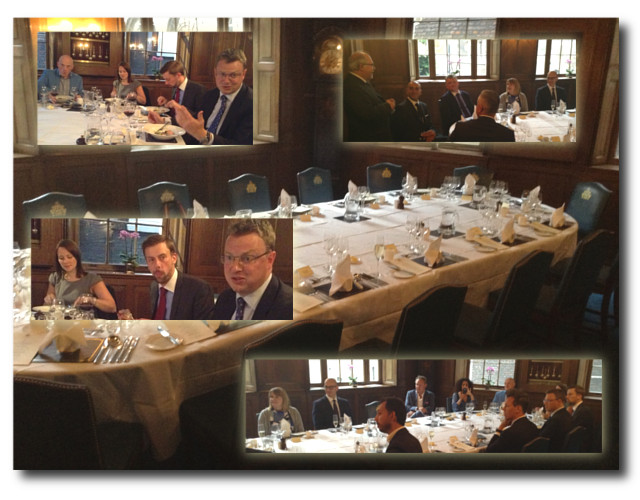 For more information, including the private meals at The Innholders Hall, please contact Arlene McCaffrey on arlene.mccaffrey@epmagazine.co.uk