Forbes Mutch spent eight years as editor of Caterer & Hotelkeeper magazine from 1997 to 2005. Successful, respected and well-known throughout the industry it was, to some, a surprise when he decided to leave journalism behind in order to dedicate himself to raising awareness (and cash) for disadvantaged and vulnerable children.

“I absolutely loved my job as editor of The Caterer, as indeed I enjoyed the positions in publishing that I held before that. I met some incredible people and the job was completely different from one day to the next. But I have always been involved in charity work and one day I found myself thinking ‘I’m happier when I’m doing things for a charity than I am when I’m doing the day job’ and that was when I knew I had to make a change” 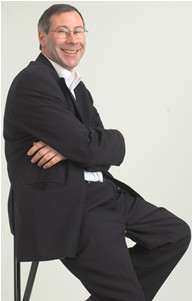 Never one to follow the crowd, Forbes has had an unusual career in very different industries. In 1977 he received his HND in Cartography from Oxford Brooks University. Upon graduation, his first job was as a hospital porter in Oxford’s Radcliffe Infirmary. After two years, his career took an unusual twist as he joined Commercial Motor Magazine as an Editorial Assistant. From there he moved onwards, and upwards to Production Editor at Printing World Magazine before becoming Deputy Editor at Flight International Magazine and then the top spot at Caterer & Hotelkeeper.

“It has been an unusual journey, I grant you, but it’s been very interesting. Every time I moved to another magazine there was a different industry focus. Each time, I convinced myself that I would have time to learn about the trade or industry I was reporting on – but usually what happened was that I had to become an expert on everything virtually overnight. Being a reporter is engaging and challenging but I loved all of it. The trouble is, as a journalist you’re always writing about what other people do and I wanted to be doing the doing!”

Why, then, the move into charity?

“When I was a young boy I used to do odd-jobs around the home – cleaning shoes, washing cars etcetera – and the money I was given always went straight into the little “cottage box” I had for Barnardo’s. All through my life and career I have been involved in charitable endeavours. When I was working at Caterer one of my proudest achievements was being a founding member of The ARK Foundation which tackles alcohol and drug abuse in the hospitality sector. When the ARK was folded into Hospitality Action in 2003, I became a trustee of HA.”

It’s fair to say that Forbes has done more charity work than most. Apart from his work with HA, over the years he has been Chairman of the Oxford branch of Amnesty International and a non-executive director of Springboard. He has also worked on the ‘front line’ by volunteering for Crisis at Christmas in one of their hostels for homeless people.

“Three years ago I was working as a freelance consultant in corporate fundraising at Barnardo’s. The opportunity came up to join the team on a full-time basis and I jumped at the chance! I love working for charities but even more so when it’s one with such a fantastic history and that impacts so positively on the lives of at-risk children. To say it’s rewarding is putting it very mildly. It’s been an interesting journey to reach this point – and may continue to be – but I wouldn’t change a single day.”

Barnardo’s is always looking for more sponsors and people to work with them in creating awareness about children at-risk in our society. If you think you can help, or would like to get involved with Forbes and his team as a corporate sponsor, please contact Arlene McCaffrey or call 0207 025 1872