Ask yourself this – have you ever sat down to enjoy a meal with someone and absentmindedly taken your phone out of your pocket or bag and placed it on the table, screen side up? Chances are each and every one of us has. Without thought or consideration, it becomes a movement of habit, one to which no attention is given, but which can be detrimental to the whole party. Why? It’s quite simple, whether intentionally done or not you have just signalled to everyone at the table that your focus is elsewhere and the person/people at the table don’t have your full attention. It says “There are other things and other things going on and my focus isn’t entirely on you.” From such a starting point, it’s hard to conceive anyone having an enjoyable and positive experience. 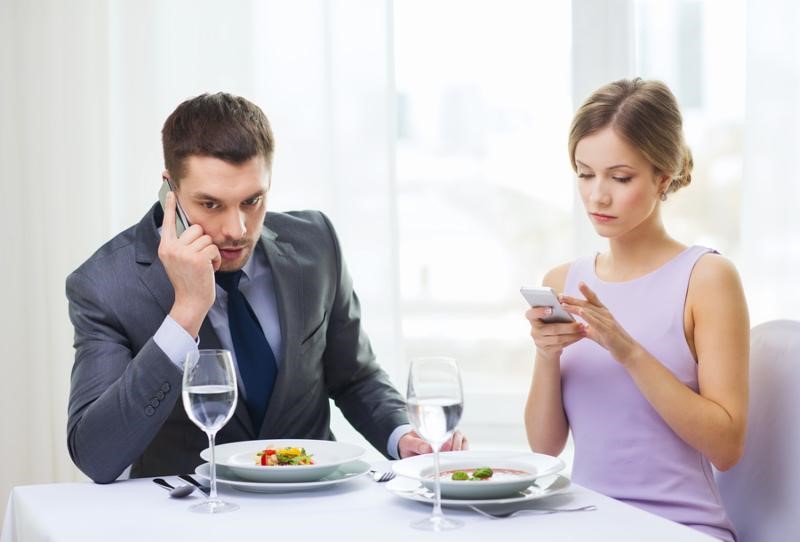 The image of two people, sitting at a table, plates of food going cold while they check Facebook, respond to emails, Tweet an inane comment about the “great time” they’re having has all become easy fodder for comedians of the day. While a humorous quip about the trials and tribulations of modern life is all well & good, it remains to ask: Are we making light of something which should be cause for concern? Has “The Digital Age” made this the Age without Civility?

Making a person feel welcome in one’s company is possibly the most important part of any business relationship, especially in the beginning. The old adage “First impressions last” is still true and will likely endure to the end of time, and yet so often opportunities are missed to afford the individual the attention, respect and courtesy which are at the very base of the human experience.

Earlier this week a theatre-goer in America was booed & heckled by an entire audience when he clambered onto the stage and tried to charge his phone! So determined was he to remain “connected” that he lost all perspective on what is appropriate social behaviour. How have we got to this point?

Princeton University defines etiquette as “rules governing social behaviour” – but have we forgotten the “social” element? Judith Martin  (author of numerous books on etiquette, the “Miss Manners” advice column printed in over 200 newspapers around the world and recipient of the 2005 US National Humanities Medal) says, “Many people mistakenly think a new technology cancels out an old one. Just because one new piece of technology allows us to do things faster and with a broader reach, doesn’t mean we should forget the foundation upon which all of this rests: human interaction.”

So, what’s a savvy business professional to do? Go back to the basics, that’s what.

For all the conversation, are we really talking to each other?

A crucial element of effective networking is the intrinsic honesty and personality one brings to a conversation. Listening is so much more than simply absorbing the words vocalised by another person – it’s making eye contact, registering the person’s tone of voice and understanding the emotional connection. One of the worst things a networker can do is make the other person feel “less than”. Looking over their shoulder to see who else, who better, who more interesting or noteworthy is in the room is one of the greatest sins of business networking. In the modern age, this has expanded to the use of phones and mobile technology while in company.

Inviting a guest to lunch, bringing a colleague to dinner or enjoying breakfast with some clients is part and parcel of building a network, maintaining relationships and embracing the people with whom one works. However, in the same way that ignoring someone who says “Hello” is quite simply rude, so too is abruptly ending one conversation to answer a call or check an email – especially in a dining situation.

Of course there are times where being accessible and contactable remain essential – even while dining. There will always be an important document on its way; a deal on the cusp of closure; an event guest who is lost and needs directions to a venue; a demanding client or a personal matter which needs attention. However, mobile phone technology only really became part & parcel of everyday life in the very late 90s and early noughties, so it’s not that long ago that friendships could be maintained sans Facebook, business deals were done without email and office hours could be observed without a company collapsing! Is it therefore unreasonable to enjoy the act of “breaking bread” with a person or persons without being lulled away by a text, an email, a social media update or a phone call? 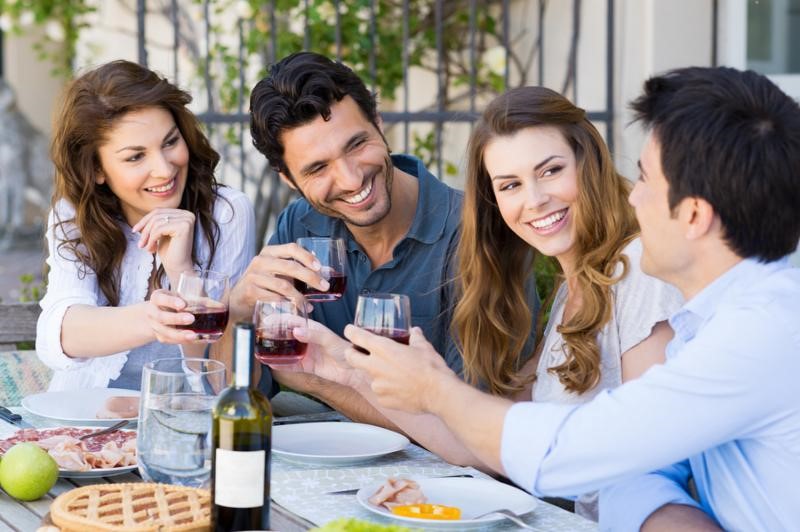 Realistically, would it be the end of your (online) world were you to unplug for an hour every day?