Averaging 10 percent growth in 2011 and 2012, Panama is currently experiencing a transformational period of economic development, and has been one of the fastest growing countries in Latin America in recent years. To support this regeneration the country has sought closer ties with the UK, with People 1st driving a process of engagement related to the tourism economy that has resulted in the creation of a National Skills Council and a brokerage unit for the promotion of UK educational products. Brian Wisdom, chief executive, People 1st looks back on the story and the potential the project has to be developed in other South American countries

Since the onset of the new millennium Panama has commenced a programme of regeneration that has included widening the Panama Canal, which accounts for 5 percent of world trade each year, and the development of the world’s second largest free trade zone, the Colon Free Trade Zone (second only to Hong Kong). Similarly, growth in tourism is expected to reach 10 percent this year and investment in the industry there is happening at a pace. Lonely Planet listed Panama as a top destination to visit in 2011, whilst the New York Times ranked it as the number one destination to visit in 2012. 22,000 hotel rooms are being added over the next four years, 4,000 in 2013 alone. Some of the big hotel companies, including brands within IHG and Hilton, are already in Panama and others are planning future developments.

With companies like Cable & Wireless and HSBC already a presence in Panama, the UK was already one of the big international investors in the country. This was consolidated in 2011 when Ricardo Martinelli, President of the Republic of Panama, and Nick Clegg, British Deputy Prime Minister, signed a Letter of Intent to improve cooperation between Panama and the UK in the field of education and skills.

The British Ambassador to Panama, Michael John Holloway OBE, identified three areas that needed to be tackled in order to support the continued growth of investments in Panama:

English language is a particular issue, having not been taught as part of the educational curriculum for a generation and vocational education was non-existent. It is one of the major issues for companies going into Panama. Ambassador Holloway invited People 1st, the Association of Colleges and a representative from the English Language teaching sector to visit the country in order to explore the issues in each of the areas. In 2011 Brian visited the country on a scouting mission, accompanied by Martin Doel (AOC) and Tony Milne (a former chair of the Tourism Alliance and CEO of English UK). He recalls: 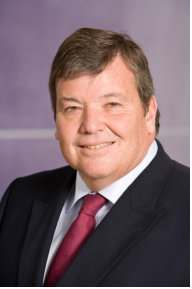 “There was a very limited vocational education framework and it was clear that research was required in order to contextualise the need Panama’s tourism industry faced. In reality the biggest need was in tourism as it was increasingly clear that the construction industry could source support from other countries in South America. Following this, the Panamanian Government invited us to go back to undertake research and we subsequently launched this in the summer of 2012.”

The report – Skills 2020: World-class skills for Panama’s hotel and tourism sector – detailed a series of recommendations including: the establishment of a working group to drive forward planning and recommendations; a world-class customer service training programme; and training in the English language, tailored to the sector.

One of the big issues was the framework put in place to support hospitality and tourism as an independent body, led by industry. Brian explains:

“Culturally the government changes every five years in Panama and when this happens all the civil servants change at the same time. This is a real problem for industry because it something is government led, there is a limited shelf life. We believed that the structure was needed for a sector council; an industry council who could work with whatever government was there.”

During Brian’s next visit in the summer of 2012 to present the research he, along with People 1st chairman David Fairhurst, conducted further engagement with government and industry, looking to bring together a leadership board to make this vision the reality. At a conference which included a number of the leading employers from the tourism industry a “Memorandum of Understanding” was signed embracing the recommendations of People 1st’s report. In addition, Herman Bern, president of Empresas Bern, one of the most influential companies in Panama, became the inaugural chairman of the National Council for Skills Development in the Tourism and Hospitality Sectors which was launched in January this year. Based on the UK Sector Skills Council model, the Council will follow the UK approach by offering a platform for government, businesses and industry associations to discuss and help align the skills of the workforce with the needs of employers. 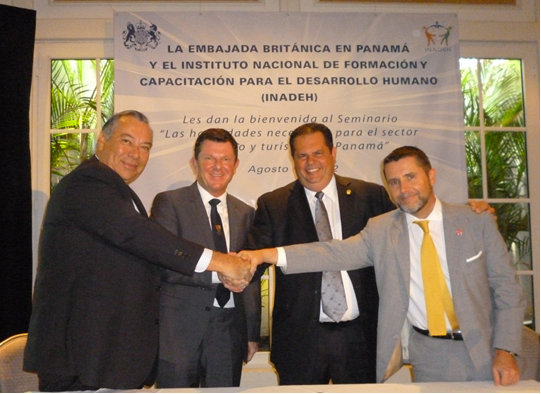 People 1st has since appointed a skills council manager, Issa Torres who relocated from the UK to take up the role. Based in Panama City, Issa’s role is focused on establishing the priorities for tourism and hospitality in the area and she works with stakeholders from across the panamanian government and private sector, and the British Embassy, to implement best practice from the UK hospitality industry to improve skills in the Panamanian workforce. Supported with funding from the UK Foreign and Commonwealth Office and Panama’s national institute for vocational training, INADEH, for at least one year, People 1st truly have embarked on a new vision for UK plc. Brian explains his vision:

“Our aim is to become a brokerage unit for selling a range of British educational products into Panama and, ideally, make money for the UK over the long-term. The objective to create a business which can be sustained from brokerage fees; it’s not about selling People 1st’s products, so it could be City & Guilds, for example, who want to bring one of their qualifications into Panama.”

The potential opportunity for People 1st to build a commercial model in Panama is clearly significant. Another element of Panama’s growth is the retail sector where there are currently a huge number of British retail brands entering the market, such as Burberry and Pink. These companies also face the same challenges as tourism companies related to language and vocational education. In Brian’s view there is also potential to establish a specialist training centre to support education and skills development in retail, similar to the style of The Skills Place, the training centre at Westfield Stratford City established with the National Skills Academy for Retail, which People 1st acquired last year.

People 1st have subsequently been approached by two other South American countries with regards to a similar model, although at present Brian is committed to testing the Panama project and getting this right. With connections in the Foreign and Commonwealth Office increased significantly, People 1st have gained further support for their role within government. As Brian observes, “The department is very interested to ensure People 1st thrives as we have now joined export economy, and this is good for industry.”

Panama is an innovative and exciting proposition on many levels. In the case of People 1st it provides a useful recognition of the real success that they have had in developing frameworks that support the promotion of skills and qualifications, reflecting industry and employer needs. Watch this space as this story unfolds…

People 1st is the sector skills council for hospitality, passenger transport, travel and tourism. In October 2012 it acquired the National Skills Academy for Retail. Brian Wisdom is also the chair of the Federation for Industry Sector Skills and Standards, formerly known as the Alliance of Sector Skills Councils.