One for My Baby 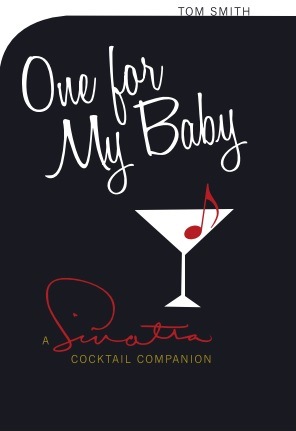 To celebrate the great singer’s centenary this year, here is the story of Frank Sinatra with a twist: an account of his life and art from an unconventional point of view: his prodigious appetite for alcohol. There are more than enough tales and anecdotes to make a compelling case that his fondness for booze was an integral element of his character, his lifestyle, his marriages and extramarital relationships and his creative output. The book doubles as a practical cocktail manual, containing over fifty recipes for preparing the fancy drinks associated with the singer and his entourage, as well as providing information on some of his personal drinking lore and traditions he followed or inspired.

There are accounts of Sinatras favourite watering holes and profiles of famous drinking buddies, such as Humphrey Bogart, Dean Martin, Sammy Davis Jr, Mike Romanoﬀ and Joe E. Lewis, and a selection of drinking stories. The book opens with a consideration of his most enduring persona, the Last Saloon Singer, and ends with the Rat Pack. In between there are chapters on classic bourbon drinks, Sinatras especial partiality to Jack Daniels and Martinis, exotic booze combinations, hangover remedies and the people who kept him company through the wee small hours. 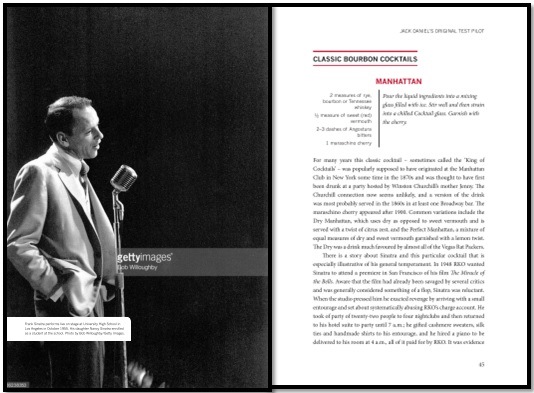 Author Tom Smith performed with several cult bands in the 1980s and after some years as a label manager for independent record labels became a freelance writer on musical subjects. He has written biographies on Blondie and the Ramones and is author of a BBC radio drama on the relationship between Harry Houdini and Sir Arthur Conan Doyle. His artwork has appeared on posters and record covers and his 2011 exhibition Jockey Full of Bourbon centred on paintings of Frank Sinatra, Elvis Presley and Tom Waits.

This hardback edition is only £12.99 with free P&P