Life choices and the path to success

Paulina Burbano de Lara is one of the most influential women in the male dominated world of Latin America. Paulina broke through the glass ceiling and was a director by the age of 26. Her story is intriguing and the secret of her success lies in traditional values and a hard work ethic. Ecuador is changing and the importance of sustainability is essential for its future. There is a growing awareness of the county and Paulina is leading this headway.

We all know that pre conceived perceptions can be dangerous, but we do still all make them. Paulina Burbano de Lara had been billed as one of the most influential women in Ecuador. In the traditionally male dominated Latin American business arena, she is a Director of a major Ecuadorian bank, a Director of an Insurance services company, Vice President of a board and Executive President of the leading tourism company, Metropolitan Touring. An impressive CV certainly so it would perhaps be natural to expect to meet a tough, no nonsense character who meets fire with fire.

The truth, though, lies far from this. Paulina is a very elegant, thoughtful, considered and feminine lady. Paulina is not reserved at all and if anything she is remarkably open and has both a good sense of fun and genuine care for her homeland and for the people she works with. Paulina may have proven herself in a very male dominated world, but she found a road to success that has not meant compromising on who she is.

Latin America is not that far removed from European standards and that, however male dominated one may think the area still is, women are breaking through at a pace and the traditional “glass ceilings” are being shattered. Paulina was a director at the age of 26 so this is not just a recent development. The Tourism minister is a 30 year old lady while the President of the Congress is a 29 year old woman. Change is in the air. 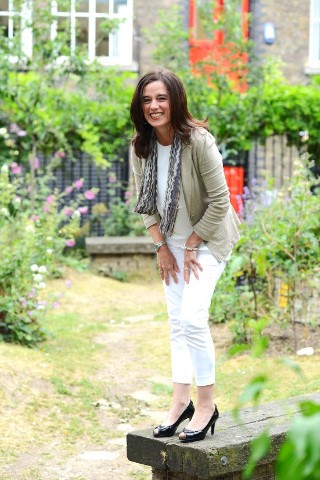 Paulina’s story is a touching one of strong family role models that have laid the path for her own success. She has been influenced greatly by her grandmother who became a widow at the age of 33 with 3 daughters. She took a great risk and moved to the capital Quito and became a teacher. Paulina grew up watching her work very hard for everything she achieved and so it became natural for her to work and take on responsibility. Paulina puts down success in work, as in life, is often about the choices that are made. She didn’t have a social life when she had children because she wanted to spend her time away from work with them.

“Women are coming through. It is a new generation. It is too simplistic to say that Latin America is male dominated. I met the owner of Metropolitan Touring when he was a Mayor of a City and we shared similar ideas and visions. We have worked together successfully for 15 years and he made me the Executive President as he believed that I cared not just about how we improved how the company performed but about the people that we employ.

“Yes, of course, there will be times – especially with the older generations – when board members of other organisations wonder why I am on the board. That is fine. It just goes with the territory. I know what my job is and what I need to achieve and I work hard to achieve that goal. This approach removes the gender debate.

Women are coming through. It is a new generation. The generation aged 45-60 do not see gender in the same way as those older. The world is changing and my success just comes down to the choices I have made and the results I achieve.”

What has been the hardest part of working the way through?

“My divorce. My husband was a traditional male partner and he struggled with how I saw work and life. I have learnt that one needs a partner who does understand and is patient. My ex-husband is a great father and we are good friends but it was probably a dark time. But again this is one of the choices I had to make in life.

Pressure is a constant in all our lives if you run a business. It goes with the territory. I have changed over the years. Five years ago I had short hair and tried to fit in with my male colleagues, but I realised I needed to be more ‘me’ and as ‘me’ I could influence people better. Being feminine is an attribute and asset, and one should not hide it. It is also important to have fun at work and care for those that work for you. Life is not easy whether you work at the bottom of the ladder or at the top and as a leader, it is my role to make sure we understand and create a place of work that allows all to do well.”

“Ecuador is changing. We have worked hard at improving the image and also the offering of our tourism. We believe very much in sustainability and eco-friendly projects and as such we have, as a country, invested in our heritage and legacy. We need to position the country better around the world so that people really understand what we have to offer and this is a challenge that I love. I am representing the country I love and we have come a long way in the past 15 years. Back then it was very hard work. Ecuador, as a travel destination, was hard to position as the country did not have much to offer beyond products in the Galapagos Islands so there was very little awareness of mainland Ecuador.

Now we have the support from government and we are making real change. We are today taken seriously and have increased awareness of the wider destination. I love culture and we do possess so much to interest.

Ecuador has an economy that was reliant on oil for many years. When oil boomed so did the economy and when it didn’t we had a problem. The government has invested in tourism and we are building a broader base and structure to our economy. There is still a way to go but we are on the right path and making good progress. You should come to Ecuador.”

An interesting concept, and a thoroughly intriguing lady.