The leadership innovation think tank, held at Roffey Park yesterday certainly threw up some thought provoking issues and questions that will need to be addressed.

One of the common themes that ran through the forum yesterday was that although leadership teams often possessed good intentions, the reality is that the key messages are frequently not reaching employees and that there is often a gulf between a board’s perception and that of their employees.
Clearly this is a problem that needs addressing.

Referring back to their experiences in industry and well-known case studies, the three speakers were eloquent and knowledgeable in their presentations.

And though they touched on a number of leadership and talent management key issues, there were certain questions of significant importance. 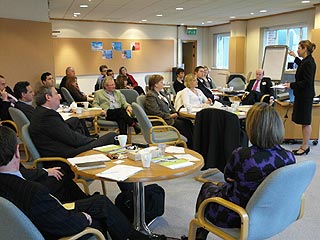 When the debate was opened up to the floor, the topic of communication in this digital era was one of the first to be discussed. The question was raised that where the average person is being hit with as much information in a week as previous generations would absorb in a lifetime, how are leaders in industry preventing their message from getting diluted or taken out of context?

In the course of the discussions the case of former BP CEO, Tony Hayward’s infamous “day off” was raised. Interestingly, there was a noticeable divide among the attendees as to whether Mr. Hayward was a poor leader with a serious lack of understanding of the magnitude of the situation in the Gulf, or whether he was the unfortunate victim of American and global press who smelt blood in the water!

That everyone deserves a day-off goes without saying, but surely sailing wasn’t the best thing to be photographed doing at a time of a maritime disaster? Was this just a one-off example of poor judgment, or does it extend to poor leadership? As a leader, was he not setting the standard for all employees?

There’s no denying that Tony said “I want my life back!”, but in what context? His team at the time were vocal in their defence of him, saying he had been on-site all day, every day of the disaster and that his comment was one of empathy with the people affected by the explosion and subsequent oil spill. He was saying he “knew their pain”. That’s not how the press wrote it. Was his career put on the line because of a comment taken out of context?

Emails have become an essential part of every-day business in almost every industry, and certainly hospitality is no exception. But what of Social Media? YouTube, Twitter, Facebook, Google. Are these also becoming a “necessary evil” – have they already? If so, are the leaders of today ready to change and adapt?

The consensus in the room was that there’s “no place to hide” anymore. Private conversations are a Facebook status-update; contract negotiations are “twittered” within 15 minutes of the discussion taking place; WikiLeaks has put an end to the once ubiquitous “internal memo” … In this environment, how can leaders maintain a company’s corporate image and message? And can these sites, as a means of mass communication, be effectively used for employer-employee communication; training; advertising and recruitment?

In relation to the question of Talent Management, there were certain questions especially pertinent: 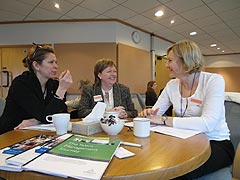 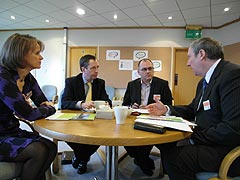