According to a recent report by Orderella and The Association of Licensed Multiple Retailers, there’s a discrepancy between what hotel customers want and what hotel operators think they want – and it’s causing a major problem for the sector.

While technology in the pubs & bars sector is seen to improve the overall customer experience, hotels are lagging behind. In a conversation with professional operators and industry observers, hosted at the Park Plaza London Victoria, and sponsored by IndiCater, there were a number of observations made on what obstacles are facing the sector, how the industry can improve its offering and what needs to be done to win-over a sceptical public. 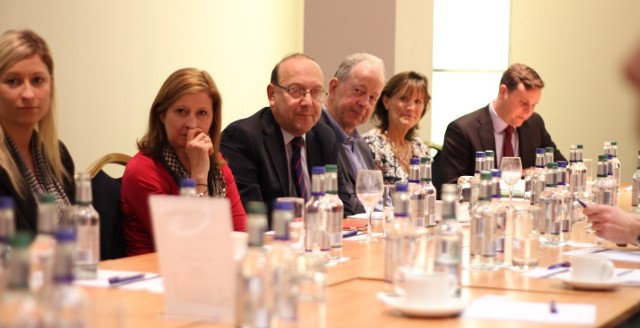 In an interesting observation, it is curious to note that according to the aforementioned report, 76% of venue managers believed that interaction between staff and guest was of paramount importance whereas only half of guests polled believed it provided a signification contribution to their overall experience. So are we misunderstanding what customers really want?

It won’t come as any galloping shock to operators in the sector that 67% of 24-35 year olds list access to Wi-Fi as their number one priority when booking a hotel. According to the 2014 Motorola Solutions report “The Growing Importance of Wi-Fi in hotels” over 90% of business travellers also listed Wi-Fi access in the bedroom as one of the most important prerequisites in booking a hotel, with 1 in 3 saying poor connection or lack thereof would affect their choice in rebooking. The facts clearly show that there is a want, a need even, for internet access in hotels. Why then do we lag behind?

Of the operators in the room for the conversation, everyone provided Wi-Fi access in their respective venues however there were discrepancies between who charged for it, what bandwidth was provided, whether signal was available throughout the building or just in “public areas” and how important internet access was deemed to be.

“A number of our guests come to the hotel with the express intention of wanting to ‘switch off’ from the modern world. Internet access is the last thing they want as they’re coming to us to relax and unwind and very specifically to make themselves uncontactable – even if it’s just for a weekend”

While well-earned R&R is something many leisure travellers will seek out, that is not the case for the vast majority of guests, both leisure and business alike, especially in the competitive London market.

“Yes internet access is something business travellers use to keep abreast of what’s happening in work, but probably all of our leisure guests are looking for Wi-Fi too. Almost before they have checked in or walked through the door of their bedroom they’re asking for the access code!

“We’ve also seen a significant increase in the number of phones, iPads and laptops which people bring with them too – and that’s for each member of a party. Long gone are the days when one person had a phone – now there’s two guests in every room with upwards of three pieces of equipment, all of which they expect to be able to connect to the internet simultaneously”

A recent report by Hotelwifitest ranked hotel companies across the globe in terms of the quality and strength of the internet access provided to customers and guests. Judging an “adequate” download speed to be minimum 3mbps and an upload speed at 500kbps, the report noted Nordic Choice Hotels as the best global provider, offering free adequate Wi-Fi in 85% of their 170 hotels.

Customer expectations have shifted from viewing technology as a novelty to a basic necessity. In a world where everything from airline boarding passes are confirmed via App through to restaurant bookings being confirmed online, it seems somewhat out of pace with modern life for hotels not to provide Wi-Fi as par for the course.

However, there are of course obstacles which others don’t have to contend with.

“It’s all fine and well for cafés and restaurants to offer free, comprehensive Wi-Fi to customers – they don’t have the basic logistical issues to deal with which hoteliers do. There aren’t many hotels in London which were built with modern day technology requirements in mind so we have thick walls, going up multiple stories none of which we can alter because the building is ‘Grade Listed’! It’s a frustrating situation for us too!”

Also mentioned in the course of the forum were the extraordinary circumstances hoteliers can find themselves in when playing host to a large event.

“For sake of argument say a hotel has 1,000 guests staying on any given night, however on the night of a large conference or awards dinner there may be an additional 1,000 to 3,000 people passing through in the ball room. The bandwidth required for that one day or night suddenly explodes as everyone arrives at the same time and are all trying to log on simultaneously. One of the biggest issues we have in providing internet access to our customers is getting the right service level from the Wi-Fi provider in the first place!”

Added to the question of internet access was also the topic of in room technology and the future of guest requirements and expectations. As technology continues to evolve at a pace utterly impossible to keep up with, which are the investments operators and business owners should be looking to invest in? 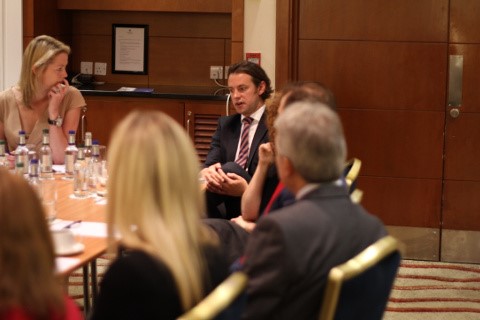 The question was asked: If guests are bringing their own laptops, iPads and MP3 players to the hotel, then is there still a need or want for in-room entertainment systems? Is the future of the hotel room to be void of the TV screen or is it the other extreme in that guests want a “plug & play” type system which allows them to connect their own device to the larger television flat screen?

One city hotel operator noted that the highest room service orders still came through on nights of important sports events such as The Six Nations, Golf Championships and The European Championships as (business) travellers availed of the Sky Sports packages available in their bedrooms, suggesting not everyone wants the TV removed.

One of the leading providers of web-based back of house management software systems to the hospitality sector, IndiCater specialises in providing a unique range of applications which manage and control costs and drive business efficiency.

A wholly useful and impressive system with 30+ modules and tools from which to choose, the core management control processes encompass everything from capturing account data through to recipe management.

For more information on events hosted by EP and partners, and to get involved with the community please contact Arlene McCaffrey