How is Networking Changing?

Networking has always been important and it has always been at the heart of what EP does. Few are excellent at it and many do not enjoy the concept of networking. However the whole concept is changing. Young entrepreneurs want to meet and to learn from the experienced but they want little of the old fashioned formality and also lecturing approach of the experienced. It is not about elitism, just the young value those that listen to the challenges of the new workplace that is evolving. The young value open mindedness, a recognition of social and global change and have little time for those that talk of an era that posed different questions and challenges.

Networking today is about connecting and knowledge share and not about the lounge lizard working their way round the room. The essence of networking has changed. In the old days it was about the person that worked the room to meet as many people as they could. Today that person is almost reviled – the person that looks at your name badge to see if you are worth talking to; the person that keeps an eye over your shoulder. Today is about being genuine and building relationships. It is about substance and not the superficial.

The change that is taking place is all for logical reasoning:

Given this level of intensity, few would want to attend any event whereby they are going to be talked at or lectured or worse sold to. 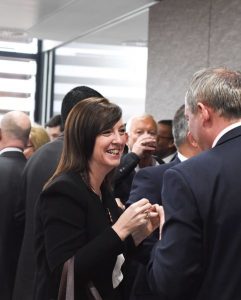 The most successful networking events today are informal and interactive. It is about bringing communities together to interact informally but with a common purpose. Such events are seen to have a value as it is about knowledge share and connectivity between entrepreneurs and the more established. This has genuine value and attracts good audiences – but there should be little in terms of the formal and certainly little of the traditional presentational styles of old.

There is a great debate about the emerging generations not possessing the life skills of the baby boom generation due to the way that schools focus less on the individual and more on the exam result. It is an interesting and complex discussion piece and one that is important to understand for there is great talent within the emerging generations with arguably a better value set than those of the baby boomers so there is a need to nurture this generation rather than be superior in any way.

We argue that this is the first generation whereby there is a genuine marriage between the baby boomers and the emerging – with each bringing different skills to the table. Both need the other and both could work well in tandem. Both generations are as wide apart as the baby boomers were from their parents. The baby boomers rebelled relatively early against their parents and yet wrapped their children in far greater support, love and input which gave the emerging generations a great sense of entitlement.  The Thatcher years were focused on hard work, reward, building wealth and materialism. The emerging generations are far more global and socially aware. We are witnessing record number of social enterprises being developed, a real sense of community returning and a desire to work together to solve problems. 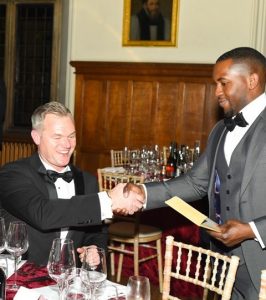 The world today possesses many serious problems and needs serious people. The emerging generations are already working hard to solve the issues. They believe in disruption, innovation and creativity and the result is one of the most exciting periods of change. Some argue that this is the second industrial revolution which is changing work practices as much as the first and being led by the entrepreneur.

The young entrepreneur wants to learn, wants to meet new people and exchange ideas – but in an interactive, relaxed community. The days of the formal are gone and the days of the businessman lecturing the young are way past.