The role of the hotel manager is a varied and constantly evolving one. Where once the hotelier’s remit was to ‘walk the floor’ and meet & greet regular guests, it is now seen more as a business role with responsibilities for RevPar, occupancy levels and budget control. Or is it?

At the inaugural EP and ACT Cleaning forum, held in the W Hotel this morning, Harry Murray MBE and David Taylor shared their thoughts on the question “How has hotel management changed?” 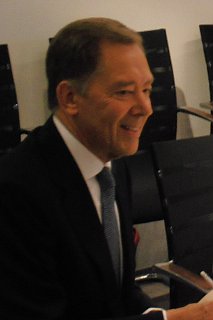 Speaking from two different view points, Harry and David led a round table on the various aspects of the role and what they felt were the key responsibilities of the hotel manager today.

Starting the conversation from the perspective of someone who has been in the industry over forty years, Harry Murray walked the audience through the changes he’s seen in the course of his career. The one thing that remained constant throughout was Harry’s passion for the industry and his commitment to the hotel sector.

Harry has managed 5* hotels in the UK and South Africa, culminating in his current role as managing director of Lucknam Park (AA hotel of the year 2011). Among his many accolades and achievements are being appointed MBE in 2006 for services to the hospitality industry and receiving the Catey lifetime achievement award in 2008. Harry is well versed in all aspects of hotel management, and raised some interesting points in the course of the forum. 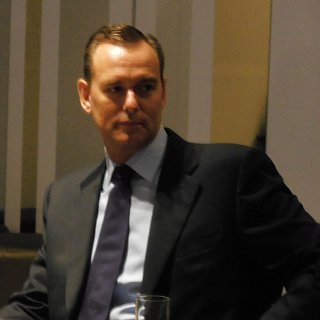 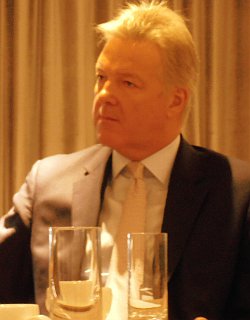 “I’ve been lucky enough to manage hotels in five decades. The fifties and sixties were a very practical period, the seventies became the accountancy period, the eighties was the decade of sales and marketing, the nineties was the property period and the current decade is the technological age. The other major change has been in the quality of food and beverage.”

Knowing the customer and what they want/need from a hotel

In the course of the conversation Harry and David both made note of the importance of delivering what the customer wants. But, while in agreement on the basic idea, there were different view points on what this may constitute in today’s world. Where Harry believes in the importance of meeting every guest in the dining room and greeting regular guests at reception, David is of the belief that corporate/City guests are beasts of a different nature. They are more insular and don’t necessarily want to be disturbed by the manager. So too can some leisure guests be unappreciative of having their stay interrupted by the hotel manager. In the course of his presentation, David was emphatic on the importance of “reading” the customer and knowing what they want.

“Some guests will love to meet the manager over dinner, but a couple on a romantic night out may resent the interference. It is important never to take a ‘one size fits all’ approach. Customers are individuals too”

David Taylor has a strong background in sales & marketing in the hotel industry, having worked in a number of high profile London venues such as The Great Eastern Hotel, The Carlton Tower and Sofitel St. James. He joined the award winning Hoxton Hotel in the summer of 2006 as part of the pre-opening team and was appointed General Manager in December of that same year. He expressed the opinion that when a guest comes to expect a certain level of attention it can result in great disappointment when expectations are not met.

“Consistency in a hotel is a vital key in the success of that business. If the hotel manager has always greeted the guests in the dining room, then this should be continued. If the regular guests are accustomed to being addressed in a certain manner then the relationship must be maintained.” 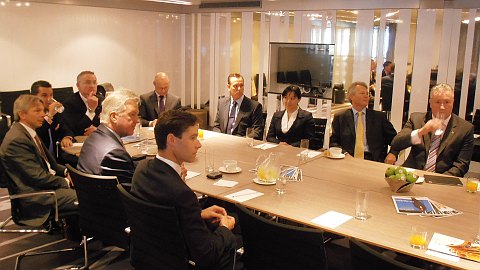 The increased importance of technology and e-communication

The advent of email, Twitter, LinkedIn, Facebook and other social media has resulted in speedier and more frequent communication between hotels and their guests. Where this can be a positive development for a hotel, and should be embraced by the hotel manager it must also be carefully monitored, according to David.

In London especially there is ample choice for the potential customer and many first-time guests will avail of the services these review sites offer. Guide books such as “Egon Ronay” and “The AA Guide” are no longer regarded as the only or best way of researching a potential hotel. Guests are, more frequently, seeking out the opinion of other travellers similar to themselves. 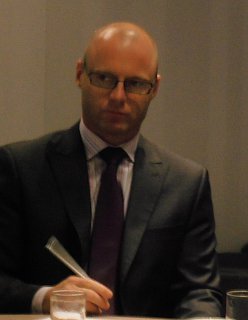 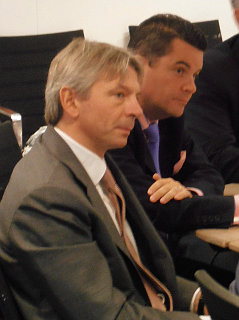 Hotel ownership has resulted in significant changes to the role of a hotel manager. They are as important a stakeholder as customers and employees, and managing the demands and requirements tend to be focused more on business acumen than inn-keeping. This means that a hotel manager has to take on a broader role, and increase their knowledge base than in the past. As David observed:

“Our stakeholders have incredibly diverse needs and it’s important that I respond to each one, whether that be the supply of toiletries or property issues”

Leadership style and how it has evolved

Both Harry and David agree that the days of ‘management by intimidation’ are in the past. Employees expect to work in an inclusive environment which affords them the opportunity to expand their horizons and to gain promotion in their career. It is important for managers to create relationships built on trust with their employees in order for the team to buy-in to the manager’s vision. Harry observed:

“I always distinguish between leadership and management. Management is knowing what to do, but leadership is knowing when to do the right things. You have to delegate and surround yourself with good people, so that you can have the time to walk the floor and keep an eye on how a hotel is running”

Hotel managers run the gauntlet of keeping guests happy, employees engaged and stakeholders satisfied. In the group discussion there was a general consensus that motivation of teams and engagement with hotel staff was the top priority for the role of hotel manager today, recognising that this issue was the cornerstone for propelling successful service delivery and the ability of staff to ‘own’ a situation. Overall, the fundamentals of keeping three very different groups happy?

The major conclusion from the forum was that the role of a hotel manager had changed considerably, and that the predominant issue was one of balance between being visible and managing the more complex business demands of today’s hotel.