Have we finally lost sense?

There is a view beginning to develop that the role of the CEO is doomed. Companies like Zappos and Crisp have already lost the position as they no longer consider it necessary.

Is this the future or do CEOs still have a valid role to play? If so, how, where and why? What impact is technology having?

It is hard to understand the logic that the role of the CEO can or should be replaced – most especially in British culture.

In Britain, the role of the leader and captain takes on a very important cultural and social emphasis. It goes beyond simple business technicalities. British culture is still relatively tribal and we need and desire clear leadership. Think how Bobby Moore or Martin Johnson are revered as Captains in Sport. How the Prime Minister is viewed. How Richard Branson is viewed. As a culture we place on pedestals the likes of Winston Churchill, Margaret Thatcher, yes even Tony Blair.

Leaders do not need to be the best or even be good managers and hence the argument arises. They touch an emotion and a belief/vision in where a company is heading and this is vital within every business and community.

One of the debates we are working through is that leaders are becoming less visible and yes are being replaced in some organisations. The question arises as to whether this is one of the driving forces in the rise of the gig economy? People are opting out of working for a company as they are not made to feel as though they belong and are part of something bigger than the product, business or transaction. Work needs to be more than just day to day work activity. It needs to be about a culture, a community, a vision and people will follow this and be loyal. Think Richard Branson and Virgin who are the lead employment brand in many people’s eyes.

CEOs have a vital role to play and if they are being replaced, it is because their leadership skills are not good enough. Many boards’ today are complaining about the young generations and about the lack of emerging leaders without themselves taking on the real responsibility of inspiring their teams and engaging talent to push beyond and go the extra mile. Cultures are under pressure as leadership is becoming more and more diluted and this trend does need reversing. 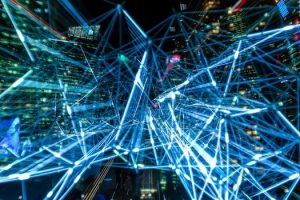 There is no doubt that technology has made business far more efficient and easier to control – but the responsibility of business does or at least should extend the boundaries of being about a profit line. It does also carry a responsibility for people, in the community and in society.

This is where Hospitality can really stand up because the industry does sit at the heart of communities – large and small – and play key roles.  For far too long hospitality has argued that it is not respected as a career. Today marks a time where it really does have an opportunity to stand up for something bigger than just itself and if it plays a proactive and positive role within the community, the investment will be repaid with both business and loyalty.

Regardless, business does need to stop and think. We face a time whereby so many leave their jobs because of mental fatigue and stress: where the gig economy is on the rise; where boards are asking the question of where are the future leaders. Maybe something needs changing?

Or is the simple answer just to lose leaders? Well the trends are concerning and we would argue that this thinking is just designed to make things worse.