Julian Russell, Chief Executive of HQ Theatres & Hospitality is driving positive change in theatreland. Before his days of getting the show on the road he worked across the hospitality sector and was at the very beginning of the rise of Food & Beverage in sporting stadia.

Julian describes his journey as one where he encounters fascinating people from many different sectors. From early morning rises and lighting the gas boilers to stuffing free cigarettes in his pockets, Julian shares his time from Henley to Israel and from stadia to theatreland.

As a child Julian would walk in the pits in Silverstone, the famous home of British Motor Racing, and it was here that he fell in love with hospitality. Originally helping his parents out, who both worked in the industry, he describes those early days. “I will always remember moving into more front of houses roles and working in large hospitality tents. Back then it was all sponsored by cigarette brands, so on every table there were piles of complimentary cigarettes. As waiters we used to stuff our pockets with them at the end of the night.”

Cigarettes were also a currency a few years later for Julian. As a young man he travelled to Israel and ran several restaurants for 18 months. He explains how they used to cater for 1000 people each day, “We were working in a kibbutz  and due to my experience, I was set to running the restaurants where we fed many people in these utopian type communities. It was a communal lifestyle, so we were only paid £15 per month along with 200 Marlboro cigarettes and a crate of beer.” 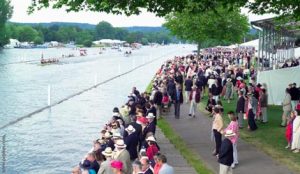 Julian’s first regular job was in a restaurant in Henley called Mama Mias. “I would watch two chefs in the kitchen just working off memory. Waiters on the pass would shout orders to them and they would just register it and remember. I didn’t think anything of it at the time but looking back it was amazing what was achieved without tills and technology.” Shortly after Julian was soon working from dawn to dusk at the local Henley Regatta.

After a stint working as a cocktail barman and as a breakfast supervisor for Trusthouse Forte which the latter Julian describes as the “worst job I ever had, I felt hotels had too many leaders and not enough doers.” He went to train as a chef at The Ivy for Wheelers Group. “It gave me a fascinating insight in a kitchen which hadn’t changed since the Second World War.”

Julian was partly inspired to enter kitchens by his friend Collin Claggue who used to come home to their flat share and tell stories about his experiences working in the kitchen. “He said it was hedonistic, creative, frightening, exciting, even sadistic, and I only half believed him until ‘Kitchen Confidential’ by Anthony Bourdain came out.”

Julian doesn’t delve into this side of kitchen life but emphasis that the lessons of standards, discipline and high quality became cemented for him and he talks fondly of head chefs inspecting stations with a white glove at the end of service. 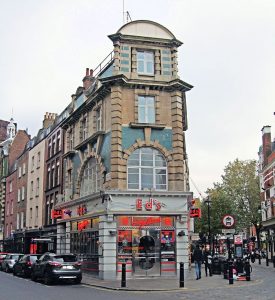 Julian went on to work at Ed’s Easy Diner, then the premium place to be seen for the ‘It girls’ in the 1990s. “This was quality fast food at its very early beginnings and a real insight into how to utilise only 21 covers but make a turnover of £21k on a Saturday night. It was the new flashy thing and people wanted to be seen there and behind the scenes it had phenomenal machinery which delivered speed and this achieved commercial astuteness.”

Julian was inspired by restaurateur Karen Jones CBE and helped open 11 Café Rouge sites with her. “Karen was a fine example of a leader. She would work the same hours, if not more, as everyone else and would be in the restaurants hanging up the pictures and making sure everything was done properly.”

Julian met and worked with further fascinating people following an accidental move into Compass Group. He went for an interview at Highbury, then home of Arsenal Football Club after a friend, who was a fanatical season ticket holder, said he had to go for it. “My friend actually came to the interview with and Vic Akers, the famous kit man, took him on a stadium tour whilst I had my interview. He was over the moon.”

It was during his time in stadia that Julian was at the heart of the movement that made them become truly powerful commercial operations. “You had people like Ken Bates at Chelsea and Alan Sugar at Tottenham Hotspur looking at stadia differently and recognising that the F&B could drive some serious strong revenues. By utilising the spaces for conferences, concerts and parties this allowed for greater investment into transfers and therefore, in theory, improve the level of football played. “We went from Pukka Pies and Bovril to transforming the food offer to quality fresh sandwiches and competing with the High Street.”

“We had a meeting to pitch for the contract for a revamped stadium, which considering we had the original contract, we were quite confident we would win.” 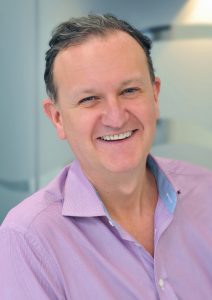 Julian took his approach and experience when he entered theatreland with HQ Theatres. He saw the potential for greater success by ensuring more frequent use of the spaces. “We are one of the only regional theatre groups that is purely commercial. The customers are interested in the hospitality offered and its no longer considered a secondary offer, it influences success”

Despite the success Julian believes the theatre sector is still not considered a strong part of hospitality or one that offers a sturdy F&B experience. “It’s a bit of a paradox because we have a customer who is more travelled and has a greater knowledge base, but the overall hospitality industry is not able to support this customer because the pipeline is so limited. My hope is some of the actions we are completing can support a change in the perception towards the sector.”

Julian argues that when one scraps below the surface, they will discover a resilient and supportive operation which is important for local communities because theatre’s offers a place for those who may be isolated or need extra support. 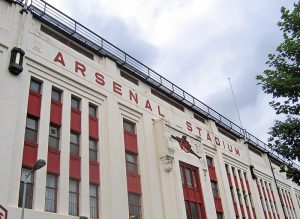 When looking back at his time in sport, Julian remembers how Arsenal held a strong family connection where they placed great value on their people. “This isn’t always the case in hospitality. The culture at Arsenal was cross-departmental and their behaviours have stayed with me. Today I make sure I still work on the floor and experience all the hiccups and successes that every service naturally has. This helps me understand how we can create strong cultures. I love having the sense of achievement at the end of a night. As leaders we must always be personally in touch with our teams.” It may be quite some time since Julian would have to wake up early to light the gas boilers for the coffee stations during events in tents by the river Thames but his dedication to hard work has clearly never faltered.

Julian’s hope is the industry can now tell a better story, become more commercially savvy in some quarters and especially, attract more people who can enjoy success along great career paths. He shares a story from his time working for a large foodservice company, “We had a meeting to pitch for the contract for a revamped stadium, which considering we had the original contract, we were quite confident we would win. However, when we sat down with their board, their top person started the meeting by pointing at a colleague and said that if they had anything to do with the contract, we wouldn’t be able to work with them. So, this colleague, who I didn’t like and ruled by fear, had to get up and leave the room. It turns out the person at the stadium had worked for him earlier in his career and knew how horrible he could be, all he said was ‘you meet the same people on the way up as you do on the way down’, it was music to my ears.”