Two talented brothers with a passion for hospitality are looking to transform and adapt hospitality to the needs of the workforce of today and tomorrow.

For a modern workforce, the appeal of flexibility and freedom seems to outweigh the long term stability offered by full-time contracts with one employer. A freelance, on-demand economy is emerging that is being called the ‘gig’ economy.
“Gig is not just another market place, it’s a lifestyle management tool helping you manage your money the way you want to.”

How did your company begin? What was your inspiration behind creating it?

GIG came about at a time when I was learning first hand about the gig economy and the demand for flexibility in the workplace. My brother and I run a sushi store called Maki. We noticed that most of our employees were millennials who wanted to work flexibly and fit earning extra cash around either their studies or busy social lives. Our trade increased dramatically over the summer, which meant having to hire extra staff on inflexible part-time contracts. At the same time my businesses partner, who has also been in the industry for a number of years, realised that like most markets, the temporary recruitment agency was ripe for technological improvement. Therefore, we created GIG to automate parts of the hiring process and make it easier for both the worker and the employer.

What were you doing before?

My background is firmly rooted in the hospitality sector. Having grown up around the hotel industry I have worked almost every position, front and back of house, that a hotel has to offer. My career started with IHG in brand development and eventually grew into running my own restaurant and a small boutique hotel alongside my brother.

What problem do you solve in the sector?

GIG firstly opens the flexibility of temporary recruitment to a wider audience, making it more accessible. Our approach is also very much about the why and not the what. We are not an employment agency, we are a platform that allows people to generate extra money when they want to, which is a much more appealing proposition. By creating a market place we remove the middle man, meaning greater empowerment of the client to choose their own staff and greater cost savings to boot.

What stage are you at now?

We went fully live in August of 2016 and we are continuing our growth across London and Greater London with further UK expansion planned for later this year.

What have you enjoyed the most so far?

I think as a business owner or entrepreneur the most exciting thing has to be seeing an idea actually come to life…and people getting it the way you intended them to. Not so long ago this was a concept with a few app screens drawn on the back of a napkin in an Italian restaurant. Today it’s a living and breathing business. 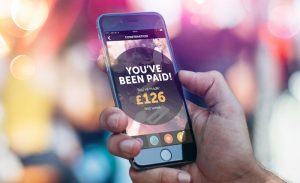 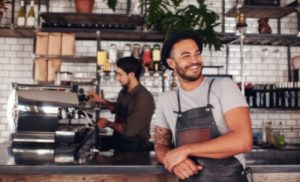 Biggest challenge you have faced?

I think being a technology-based business in the hospitality industry can always be a challenge. I don’t think as an industry we have the greatest reputation for adopting change, although we are getting better. We looked at the entire temp agency model and tried to improve every part of it from the charging to the staff selection. I think at first there were too many changes, too many new messages so we were making a difficult sell (change) even harder for ourselves.

How you have overcome or are overcoming it?

We have peeled back the in app experience and now offer 2 products, a do it yourself and a fully account managed version. Same staff, same platform but it allows us to convert those clients that are perhaps weary of tech or not necessarily tech savvy themselves and then we can slowly but surely hand the reins over to them in time.

Plans for the future?

We are constantly reevaluating the service we provide so continued development is always on our radar but for any business at our stage in life, our priority for the future is growth. That being said it has to be stable growth, we are a business that relies on its ability to keep a sustainable ecosystem e.g. enough jobs for the amount of work seekers and enough work seekers for the number of jobs.

Why is now the right time for your business?

The gig economy and its impact is a hot topic right now. Its controversial for some but the figures would suggest that it is only going to get bigger. Now is the right time for GIG because its provides the consumer of today with the lifestyle extension that they want and as a business that’s all you can aim to do, give the consumer what they want.