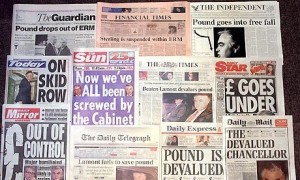 There is a lot of discussion this week about the economic crisis we are facing, but we need to understand crisis do happen, this is not new. The hospitality industry is lucky enough to possess a bank of knowledge and experience that can be called upon.

There is a whole selection of experienced leaders that operated during the crisis of the 1980s and 1990s that could be of real value to the emerging businesses of today.

Rather than being pessimistic about the future, it is our belief this can be a golden period, if we can marry experience with talent and innovation.

There are experienced players who can guide through the future leaders and companies of tomorrow.

At a recent event of hospitality professionals the subject of Brexit was discussed openly and thoroughly. The aim was to delve deeper into the opportunities and fears it has brought and what role it plays on the sector.

Some are confident, they believe they can conqueror any situation having overcome worse in the past. For others, Brexit brings with it only negatively and an unknown sense. Does the difference lie in the generations?

At the event, the room agreed that bringing together experience leaders and companies who have lived through other turmoils, would forge a positive and proactive route going forward. Now is not a time to sit and wait but to come together and create a coherent message.

These are experienced players who have been through worst crisis before. The outcome of Brexit is not new and can be overcome. The hotel managers and entrepreneurs of today will be our leaders in the future, but do they need the experience to guide them through.

The Baby Boomers have witnessed: 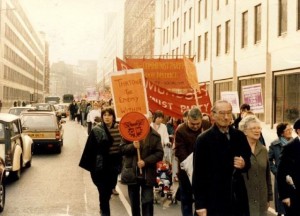 Image labelled for reuse under license

In times of crisis its important to get experience people together to work out possible solutions. Now is the time for the Baby Boomers and Generation Y to come together and work together. These are not new challenges and the skill sets of both are needed for survival.

This is arguably the first time in history whereby the older generation is learning new skills from the younger generation, but the latter needs the skills of the former just as much, Baby boomers led lives based on actions, while Gen Y is more strategic and global – but they both need each other.

Some would argue that trade bodies should take the lead but confidence is at an all time low. Of guests who attended the event on Brexit, no one had confidence in the bodies. A worrying sign and one that does not encourage a strong future of togetherness and a committed approach.

However, there are many signs of golden opportunities and if a marriage between baby boomers and Generation Y can be developed something very special can evolve.