Yesterday morning our Chef & Procurement Forum took place at AVEQIA in central London. The forum included breakfast cooked by Michelin-standard chefs  eggs Florentine, delicious pastries and much more. Paul Vines, CEO of AVEQIA, described what the unique venue offers and explained how they specialise in relationship-building events by allowing guests to cook with the chefs allowing them the opportunity to learn new skills, and the satisfaction of enjoying what theyve cooked together. 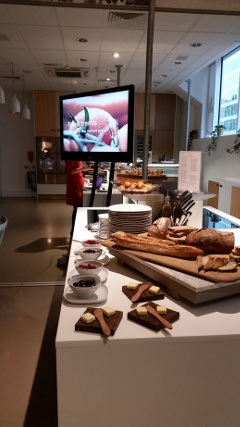 The presentation took into account the latest trends and concepts and asked questions on where the market is going. It led to many fascinating debates in the room which reflected that its an exciting and positive time in hospitality.

The question of technology was raised in the form of tablets and similar technology versus real people. Some restaurants are providing iPads which can be used for ordering menu items and the only human interaction comes when the food is served. The room debated whether customers want interaction from a waiter and the positives do include the ability to upsell plus the warmth of a personal recommendation. However, it was also argued that for some restaurants which focus on speed, images of dishes can be used for quick ordering and customers could pick up their selected items.

Discussion of the single concept venue included the question that if chefs who have worked in a restaurant which only focused on one type of dish, would they then develop a limited skill-set? Possibly but equally it may suit others. Is there going to be a decline in the single concept? Judging by the increase of pop-ups, the room was mostly in agreement that the changing demands of consumer will influence this. The cost of the pop-up is a lot lower than a fixed site so it provides the chance for experimentation and consumers do seem to be reacting well to the new. A point was raised that this is influenced by young people who travel to many different countries and are adventurous about what they try, bringing back their experiences which are reflected in the market.

New product development was discussed to a great extent. It was argued that consumers want quality and this has to be evident in the product itself, its packaging (whether physical or in terms of advertising) and the way its marketed. An example was provided of a popcorn brand which had spent large amounts of money and advertising campaigns, however, the name had been forgotten. This suggested something wasnt quite right with their marketing.

In relation to this, social media was argued to have had a huge impact on food and its future. Bloggers and those reviewing provide a truthful analysis of a venue or food and so more trust is developed compared to traditional forms of marketing. It was agreed that a brands story, when applied as the main marketing message, can make the difference and lead to great success  stories are key.

An argument from the food service sector that if a client has a one-hour lunch they want to grab something hot which they can have on the go. The client will compare this offering to what the High-Street can offer and therefore chefs must innovate to ensure they offer something either different or comparable. 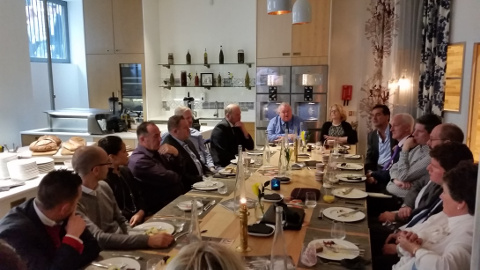 Sustainability is always a key issue and one which the room clearly enjoyed debating. An interesting observation was made on how to define sustainability and the difference between how a customer and a company views it. A good question was made that whilst CSR policies have a positive intention, are they often only promoted as a tool for marketing? It was agreed that local sourcing or British made is important for many customers, but at what point is a product considered local. It may grow down the road but travel many miles to a plant for packaging and then travel even more to the client. Suddenly this local, sustainable product isnt actually that local. It was argued that laws can create barriers for new products trying to break into the market and whilst a food is perfectly fine it is governed by perishable and food maintenance rules. Although designed for public safety, they do seem to cause issues with supply lines. It is an exciting time with a growth of sustainable products and machinery which can save waste.

Following on from sustainability the conversation turned to the return of craft products and artisan suppliers. It was argued that it can be difficult for new products to break into the market and support is needed to for those who produce quality on a smaller scale. However, the opposite was also argued that hospitality is customer led because everything is under scrutiny and there are now demands for artisan rather than mass produced. The customer doesnt always want to know about the finer details, but nutritional value and provenance is becoming more important. Its possible a rebalance of trust is required and the customer must be informed on a products route to market. If smaller producers are restricted than support may be required and their advantages must be focused on to support their growth, which could come from the top supermarkets, restaurant chains or certain influential chefs. 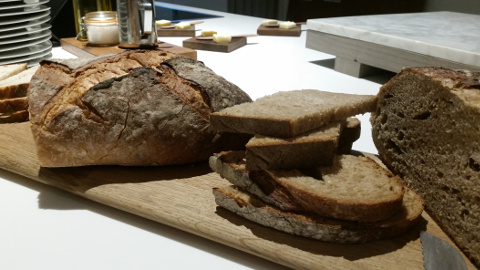