We are all having to change and learn new skills and yet so many fear change. How can we ease the journey?

It is the great contradiction of today as the majority of people are known not to like change and yet the modern era not just requires change but almost demands it.

For those that started work from the 1980’s, they have had to continually develop new skills from mobile phones to laptops to the internet to social media and who knows what is next…

The work environment has become challenging for almost everyone. Have you ever asked a lawyer whether it turned out to be the job they dreamt of? Very few will privately say yes. Many will say that despite best intentions only sometimes are they able to achieve good things.  Arguably one of the core problems for the legal profession and many like it is that its structure is not modernised for the present era and is not user friendly. It is supposed to be about justice and determining the law – but often it is far more complicated, and it takes its toll on everyone involved.

Many economists will admit that they have become very narrow in their thinking and it is increasing the pressure on them.

The result is that there are professionals from every sector seeking change. Many of them are merely “going through the motions” while they look for other work causing productivity issues for businesses and stress for individuals. The fear of failing has grown and now suffocates the culture in many businesses and minds of many employees. Failure used to be a fact of life, a valuable tool. Today it is deemed as unacceptable, often subject to reprimand – when of course the truth is exactly the opposite – only through failure does one learn and grow. 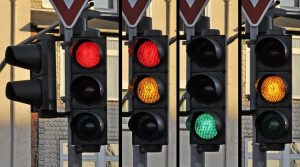 The whole concept of reinvention has arguably never been more important for two reasons.

Many will tell you that as one reaches their fifties, the focus is less on being an alpha, being competitive, proving oneself; but changes to become more about legacy, about what is right and what one can do for the broader world and context. At this stage, many want to find new purpose, a renewed purpose.

However, it remains that change is difficult and to do it alone is asking a daunting amount of anyone. So the onus cannot just lie with the individual to find or carve new roads – we all need to understand that there is a need for evolution and change and to work together to allow this to happen.

Very simple – it maximises talent, ones’ sense of purpose and good quality people. The level of depression and mental illness amongst professionals is too high. It is unacceptable. We need to understand that we are losing not just in terms of productivity but in terms of purpose, innovation, ideas and plain mental and physical energy.

It is a fact we simply cannot escape from – the world has changed and the old models are simply outdated. Maybe instead of traditional outplacement programmes we have “reinvention” programmes that focus on how a person can use their skills in a different way and role. Maybe we can broaden our focus and thinking? Arguably as they say, we can run but we cannot hide and we need to embrace change and broaden our thinking, it has simply become too narrow.

Change is needed – is change always bad?  The red lights are flashing so maybe we need to stop and find new solutions?