Forgive your enemies, but never forget their names. F. Kennedy 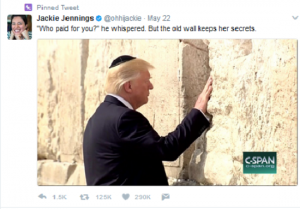 “Who paid for you?” he whispered.  But the old wall keeps her secrets. 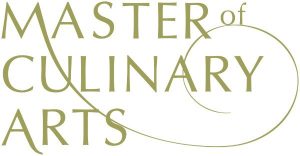 The Royal Academy of Culinary Arts has announced the semi-finalists for its 2017 Master of Culinary Arts. Now in its 30th year, the awards celebrate those who display the mastery of the complex and specialised knowledge and skills in culinary arts. Amongst those reaching the final stages are top chefs, pastry chefs and restaurant managers from some of the best culinary establishments in the UK. Winners of the MCA will be announced at a Gala Presentation Dinner on the 5th October at Claridge’s, London. 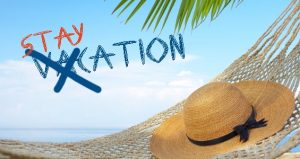 The results found that despite concerns around Brexit uncertainty, travel is something people remain committed to spending their money on, with 74% of consumers confirming that their travel plans will not be altered this year considering Article 50 and the unpredictable political landscape.

The research also showed that:

26 million Brits are set to go on holiday this year, spending an average of £1,253 per person, per trip
Last year, only 21.9 million holidaymakers went away, spending an average of £1,315
23% of holidaymakers using voucher or deal websites to source the best online deal
Over 50% of holidaymakers book a trip based on the lowest price
Nearly one third (28 per cent) of UK adults are opting to go on a staycation in the UK this year, spending a total of £667, with more over 55’s planning a trip on home turf than any other age group.

Interestingly, the research found that UK country escape staycations were netting a higher average spend than a city break abroad, with an average of £301.45 spent in the country, as opposed to £292.66 abroad – great news for UK travel providers and local businesses alike.

Google.ai launched in push towards an AI-first world.  As it continues to further its core mission of “organizing the world’s information”, Google is moving from a mobile-first to an artificial intelligence (AI) first world, said CEO Sundar Pichai at the Google I/O 2017 Developers Conference at the Shoreline Amphitheatre in Mountain View, California. Read more

AccorHotels CEO sees bright future ahead. In less than four years, AccorHotels Chairman and CEO Sébastien Bazin has changed the direction and perception of a French hotel company that not too long ago was considered budget-focused and not very forward-thinking. Read more

The Ritz London named Best Hotel in Europe for 2017 at the annual Ultra Awards for the second consecutive year. Upon receiving the prestigious award from HRH Princess Eugenie of York, The Ritz London’s General Manager Sal Gowili commented; “We are extremely proud and honoured to have been awarded the highest of accolades by Ultratravel’s discerning, experienced and well-travelled readers. This award is recognition of the team’s continued commitment to offering the very best levels of service and luxury to every Ritz guest”.

CH&Co Group strengthens learning and development with new team structure and key appointments. Independent catering and hospitality group, CH&Co Group, has strengthened its commitment to the training and progression of its employees with a new learning and development team structure and key internal and external appointments. Read more

Lodging demand increases in the US according to PWC. Encouraged by the prospect of a strengthening economy, US lodging performance continued to improve in the first quarter of 2017 according to the updated lodging forecast released today by PwC US. Read more

Actor Sir Roger Moore, best known for playing James Bond, has died aged 89, his family has announced. He played the famous spy in seven Bond films including Live and Let Die and the Spy Who Loved Me. Read more

Hong Kong police arrest 21 Uber drivers. Police arrested 20 men and one woman between the ages of 21 and 59 for illegally driving a car for hire and driving without third-party risk insurance. Read more