If you’re not failing every now and again, it’s a sign you’re not doing
anything very innovative. Woody Allen 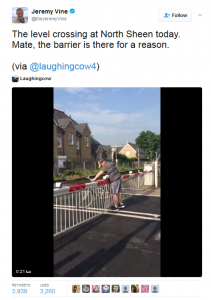 The Association of Catering Excellence is now accepting applications to the ACE Robyns Award.

The ACE Robyns were created in 2016 in memory of Robyn Jones, joint founder of CH& Co who sadly died in 2015. She was a strong advocate of mentoring, training and developing young talent. The AWard is aimed at showcasing young talent in the contract catering world.

This year’s ACE Robyns Award will take place at the ACE Summer Party at ZSL London Zoo on Wednesday 19th July 2017. Once again, the judging panel will be looking for the industry’s rising stars under the age of 35.

The deadline for entries is Friday 26th May.

Applications can be submitted on the ACE website here 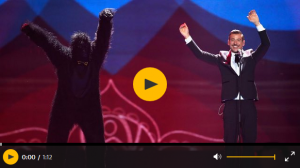 There something special about a man in a gorilla suit.  This is why Italy’s had references to Desmond Morris’s naked ape, though slightly subverted its own lyrical subtleties by having a huge bloody gorilla, dancing.

Choice Hotels CEO calls on Trump “to be a champion for travel”.
During the 63rd Annual Choice Hotels Convention at Mandalay Bay Resort, he launched into a discussion on the Trump administration in Washington and what new policies could mean for hotel franchisees. Read more

Rapid growth of budget hotels in the UK leaves other brands stagnating. Budget hotels now account for nearly two-thirds of the UK’s top ten brands as global hotel companies continue to diversify from their traditionally more upmarket offerings to the ever-popular budget sector. Find out more

A Swansea hotel is charging £4,650 per night per room on Champions League final night.
Hoteliers in the city are hoping to tap into soaring demand on June 3 when Real Madrid play Juventus in Cardiff. Read more

Tesco food waste and surplus donations increase.
Food waste at Tesco stores in the UK rose by 4,000 tonnes last year but the supermarket giant has continued to boost the amount of surplus food donated to charity.Read more