“People that work hard and legitimately do everything that they can, they tend to be luckier” 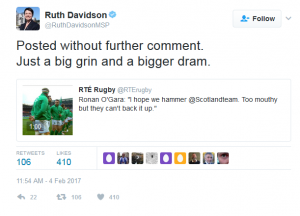 Posted without further comment.
just a brig grin and a bigger  dram

Top of the world? Britain to outpace G7  for ‘next three decades’ 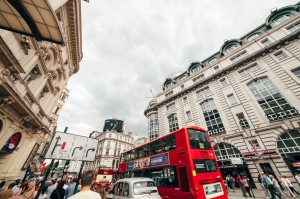 Britain will grow faster than any other major advanced economy over the next three decades as the EU’s share of global output diminishes, according to PwC.

UK economic growth is predicted to outpace the US, Canada, France and Germany between 2016 and 2050, with average annual growth of 1.9pc.

This is also double the average annual pace of growth expected in Japan and Italy.

However,  Guy Fawkes inspired group Guido has expressed some concerns and explained why the PWC report should be taken with grain of salt

Before the referendum the EU-funded PricewaterhouseCoopers wrote the infamous CBI report claiming Brexit would cause a “serious economic shock”, costing £100 billion and 1 million jobs.

Now they have performed a screeching u-turn, now claiming Brexit will lead Britain into an economic boom. In March last year, PwC thought a Leave vote would cause a drop in UK living standards, GDP and employment and warned GDP growth “could be seriously reduced — and possibly be as low as zero in 2017 or 2018.”

Now, PwC are forecasting the opposite: they now think Britain will enjoy GDP growth faster than any other major advanced economy in the world over the next three decades. They say GDP growth will outstrip the US, Canada, France and Germany with average annual rate of 1.9%. 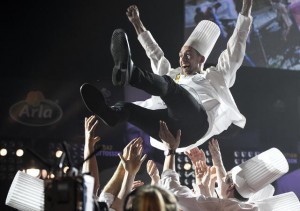 The finest chef in Sweden has been named after a gruelling five hour cooking competition in Malmö, with the Stockholm-based victor winning the competition for the third time.

He won the jury over with what they judged to be the five best vegetarian side dishes prepared, as well as a main course of pheasant.

“My idea was to start with soft but still high tastes in the five vegetarian dishes, and then move on to something stronger. I also had a couple of technical moments that look nice, but above all it tastes good,” Backéus said, explaining his strategy.

This is the third time the chef has won the competition, previously doing so in 2016 and 2013, and he still gets a kick out of placing first.

Global luxury tourism is flourishing: As more and more luxury hotels open worldwide, the target group of those looking for an individual and exclusive vacation experiences is growing.
Find out more

Booking.com Launches Accelerator Programme for Startups in Sustainable Tourism: Via the 3-week Booking.com Booster Programme, promising startups will have a chance to pitch for grants of up to €500k. Learn more

Hotel CEOs talk 2017, supply and the sharing economy: Several top executives shared their thoughts on current hot-button issues in the hotel industry during panels at the 2017 Americas Lodging Investment Summit. Find out more

Vietnam starts year with 1m visitors: Vietnam welcomed more than one million international visitors in January 2017, as the country started the new year as strongly as it finished 2016. Learn more