“Build a voice and an opinion first, and then if it resonates with the audience, then you’ll get an audience”

Trump left a space in the name of his daughter and so inadvertently name checked Ivanka Majic in the UK. Ivanka replied with the gentle ribbing above. 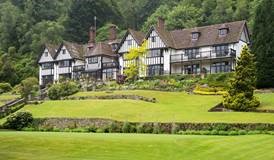 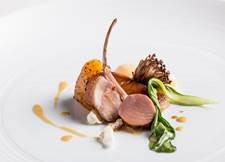 Gidleigh Park has become the first restaurant to ever be awarded the AA’s top hospitality award of five AA Rosettes in its January announcements.

Awarded bi-annually in January and September, previously the top accolade of five AA rosettes has only ever been issued with the main awards in September, but feedback from the inspectors confirmed an exception for Gidleigh Park.

Awarded to the restaurant at Gidleigh Park and to its chef Michael Wignall, the criteria for five AA Rosettes is “The supreme accolade awarded only when the cooking is at the pinnacle of achievement.  Flavour combinations and textures show a faultless sense of balance, giving each dish an extra dimension”. 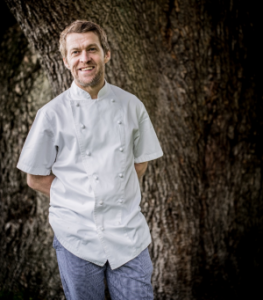 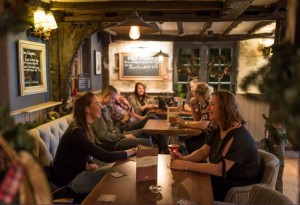 British households enjoyed Eating and Drinking Out this Christmas, as leisure spend in these areas rose 2% compared to the previous year, according to this month’s Greene King Leisure Spend Tracker.

In contrast, Other Leisure, which includes cinema and gym memberships, fell sharply in December, down 20% year-on-year, continuing the downward spiral pattern seen throughout 2016.

Shiji announces acquistition of ReviewPro: Shiji announced the acquisition of a majority stake in ReviewPro, the leading cloud-based data and analytics provider of Guest Intelligence solutions for hotels. The investment was made by Shiji (Hong Kong) Limited, a wholly-owned subsidiary. Find out more

RIU Hotels & Resorts Chooses Trustyou to Manage and Analyze Feedback Globally Through One Guest Feedback Platform: Within TrustYou’s easy-to-use feedback platform, RIU Hotels & Resorts can analyze and respond to reviews that are aggregated from various online sources and social media channels to gain valuable insights. Detailed semantic analyses and impact scores show the areas that impact the overall score across the web the most. Learn more

Louvre’s Sarovar buy marks rare Chinese-Indian deal: Owned by Jin Jiang, Louvre Hotels Group has announced a majority buy into Sarovar Hotels, which is being portrayed as the first direct Chinese investment in the Indian hotel industry, in a deal rumored to be an approximately $50-million buy for a 74% stake. Find out more

Spanish travel to Far East takes off: The number of Spanish travellers to destinations in the Far East is on the rise, driven by new air links, a new report has shown. Read more

Hoteliers take advantage of tourism surge in Hawaii: The Hawaii hotel industry is riding a wave of tourism growth that reached a crest in September 2016, when the Hawaii Tourism Authority reported visitor spending in the state increased by 10.4% to $1.2 billion compared to the year before.
Read more

MH370: Search for missing Malaysia Airlines flight finally called off after two year hunt: After nearly three years, the hunt for Malaysia Airlines Flight 370 has ended in futility and frustration, as crews completed their deep-sea search of a desolate stretch of the Indian Ocean without finding a trace of the plane.
Learn more

Louvre Hotels Group buys into Sarovar Hotels and becomes one of the largest hotel groups in India: Louvre Hotels Group announces its acquisition of a majority stake in Sarovar Hotels, the largest independent Indian hotel chain in terms of hotels and presence. The European hotel group continues to rollout its international expansion plans with this, its first investment of size in the Indian subcontinent.
Read more