“Ken Dodd on Parkinson: “If you tell a joke in Glasgow, they laugh. In Birmingham, they don’t.”
Parky: “Why’s that?”
KD: “They can’t hear it.”
Tom Peck, Political Correspondent at the Independent

State Dept on Tillerson firing: “The Secretary did not speak to the President and is unaware of the reason, but he is grateful for the opportunity to serve, and still believes strongly that public service is a noble calling.”

Officials said Steve Goldstein, the undersecretary of state for public diplomacy and public affairs, had told reporters that Tillerson learned of his firing Tuesday morning from Trump’s tweet announcing he was nominating CIA chief Mike Pompeo to lead the State Department. 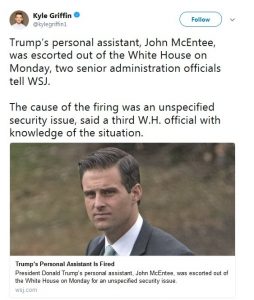 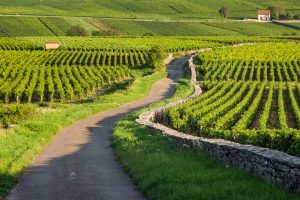 EP is delighted to be working on several exciting charity walks which are all about being engrossed in another country and culture but also act as a way of learning. The aim is for leaders and emerging leaders to get involved in activities outside of both work and home and experience activities which challenge, inspire, builds relationships and support special causes.

As we stand many businesses and boards are actively debating the fall in employee productivity, the increasing levels of mental health issues, the fall in trust levels towards leaders and the need for new leaders to be developed and nurtured through.

“Note how the camera never shows a single successful exchange of the ball, for any of the 100 claimed keepy uppies. Conclusion: Vlad’s not very good at it.” 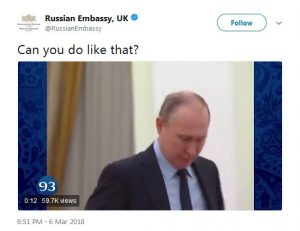 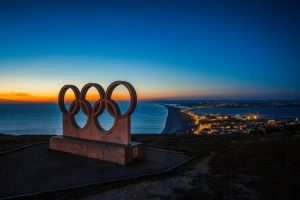 We are delighted to announce that we will be joined by a panel of Olympic Medalists who will share their passionate stories and experiences during their time at the world’s foremost sports competition.

The insightsful and relaxed discussion will focus around Leadership and Culture and follows the first session in January where rugby star Schalk Brits provided the room with a truthful and immense insight into his time as a Saracens player.

This next exciting session for EP’s Leadership Talk series takes place in the evening of Tue 20th March and will take place at the Sanlam UK offices in central London. Alongside Sanlam are other partners IndiCater and The Sporting Wine Club. All believe in bringing the sport and hospitality worlds together for shared learning and real value.

Club Med to introduce 15 new resorts by 2020. On the heels of the official December openings of Club Med’s new mountain resorts of Samoëns Morillon Grand Massif in France, and Tomamu Hokkaido in Japan, the company has announced the continuation of its international growth strategy.

Moxy to enter 40 new cities by the end of 2020. Moxy Hotels, Marriott International’s playful, experiential hotel brand for the next generation of travellers, debuted in Europe in 2014, grew rapidly and is now expanding globally.