A new generation of exceptional talent are presently making their transition into key roles in the hospitality industry – with a new voice. It is an exciting period of time with new talent, new ideas and innovation, and new approaches.

Yet, as the business world continues to change apace, so too does the scope of hospitality as each sector becomes more complex which impacts on business decision making. These leaders increasingly question the value of commitment to traditional structures, and want to focus on clear agendas and facts.

The aim of the forum is to set an agenda which outlines they key issues and challenges faced; develop clear messages for engagement within the industry and bring insight and ideas to debate within the group.

The story of how Richard Reed, Adam Balon and Jon Wright set up the business based on a straw-poll at a music festival is something of business legend. Deciding to quit their jobs to start a smoothie company was no small move. Richard admitted that all three were challenged by the prospect of resigning from their careers to start the business, and at one point all three faltered in giving their resignations. In the end they took the risk and earlier this year – after 15 years in the business – they completed the sale of the business to Coca Cola for an undisclosed total sum. The sale was a two-part transaction with Coca Cola paying in the region of £65 million in 2010 for 56% of the business and taking control of the remaining shares in recent weeks.

“All the greatest initiatives, businesses and people are motivated by good intentions, not money”

Throughout the presentation on the story of Innocent, Richard recounted some of the more humorous stories from behind the scenes of the business as well as making some pertinent observations on what it is to run a successful enterprise.

“The big things are not more significant than the small things”

It was clear to all in the room that Richard understands the importance of having the right people around him to build a successful business. While he admitted to having occasionally employed people whose mindsets didn’t “fit” with the innocent ethos, he also acknowledged the importance of having a team who understood what the 3 founders were hoping to achieve. 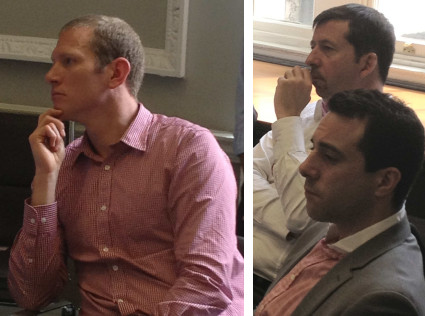 Just as hiring the right people to work in the business, it is also crucial to have the right people to partner with outside the business. In 2010 Innocent sold more than half of the business to Coca Cola. In standard business terms this would have meant that the larger company would have controlling rights to the day-to-day management of the business. Thanks to the terms of the agreement however this was not the case for Innocent. The 3 founders remained in control with Coca Cola acting as a “big brother” – there to help if needed, but otherwise removed from the every day decision making.

These terms were crucial in the success of the business as it meant that the founders could continue to grow the brand in the way they had been doing, but with greater financial security and with access to greater resources. For Richard this was key to their success.

There are always going to be cynics in the world – and when the announcement was made that Innocent were selling to Coca Cola, more than one eyebrow was raised at the news that the comparatively small, eco-friendly, ethically conscious company was being sold to a global conglomerate. Surely the deal would mean that Innocent would lose any and all ethical credentials and become just another arm in the Coca Cola framework?

Not at all according to both Richard and also the structure of the deal. Coca Cola will continue to abide by the CSR practices initiated by the founders. A commitment to continue to donate 10% of all profits to charities in the countries from which the fruits are sourced remains in place and employees are actively encouraged to propose new initiatives for raising funds for charities in the UK and around the World. All employees are also free to apply for a £1,000 payment to do something they would otherwise not have the means or opportunity to – on the understanding that the money cannot be used for any medical procedure or illegal activity! 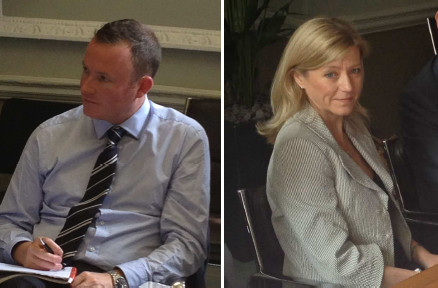 The experience of selling the business was not something Richard was used to. He is not a serial entrepreneur with a string of businesses to his credit. Innocent was the only business he has founded (to date) and selling it was a personal decision.

“I always said I’d have to be dragged kicking and screaming out of the
business but we knew we were leaving the company in good hands. The
team taking the reins had been in the business for years, and the structure of
the deal meant no one was going to lose their jobs. We knew the company
would continue to thrive, so the sting was lessened”

In the process of the sale however, Richard noted that he learned 5 invaluable lessons which he’ll take forward with him should he ever be in a position to sell a business again 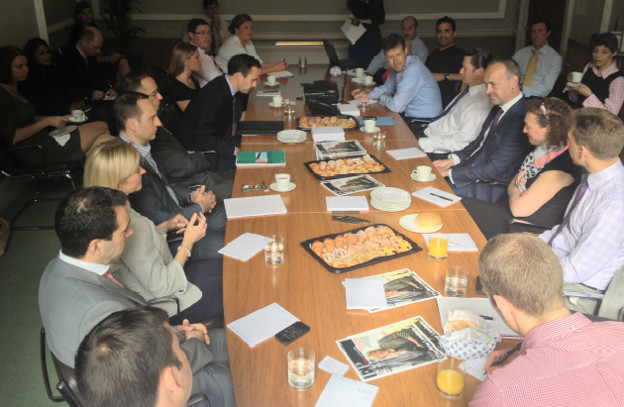 For more information please contact Arlene Tobin on 0207 025 1872 or by email Arlene.Tobin@epmagazine.co.uk