EP Campaign: It should be personal

Over the course of the last number of years there has been a move toward testing and analysing of people in the recruitment process. While there are certainly some sectors which benefit well from use of these programmes, it is worth asking if the character of a person is being misjudged or over analysed in the wrong context?

A story from one particular CEO comes to mind. He would, when interviewing potential recruits, invite the candidate to play either a game of golf or tennis in the belief that it tells him far more than any interview or psychometric test.

I believe that my rate of accuracy is 90  95% he states with no hint of arrogance or boast. It doesnt mean that I know best, only that I have discovered a better methodology for me. 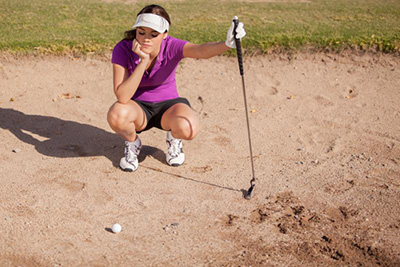 So why invite a candidate to play either a game of golf or tennis? What is the thinking that lies behind this?

I am interested in what a character is like under pressure. It is easy to talk the words, look impressive and be intelligent in a one-on-one office situation. It is easy to think clearly when there is no real pressure. But the judge of all of us is what we are like when life goes against us; when the pressure intensifies. Are we then still objective, calm and collected? Can we then still make good decisions? Appear in control? Still lead? There are no tests for leadership  some of the best leaders were extraordinary characters who would fail most tests anyway. So how can I discover what someone is like under pressure? I find golf and tennis gives me the environment to do this. It is not about judging whether or not the person can play but more about how they react. Sport influences the character in a way like nothing else. I dont care if they can play, I care how they react. Do they have humility when they excel or is there an air of arrogance? Are they embarrassed at failure or understand that there is more to learn?

I play tennis three times a week, so it is difficult for someone just to turn up and play. I am not going to humiliate them but it allows me to take them out of their comfort zone and I just listen and observe. I also think that executives should be trained to listen and watch far more than most do.
The same is true with golf. However good you are, you can get a bad bounce; some misfortune. I remember playing one game at a course in Scotland during dry patch which had made the fairways hard. I hit what was probably the finest drive of my life, long and straight but over a ridge, so I could not see where the ball landed. When I reached the ball, I found that it had bounced off the hard fairway and into some bushes. Things like this can really bother you, hitting what you believe is a winning shot only to see it that it has the course has left you in a hazardous position which will cost you. It is very frustrating but you know what the truth is  no one was to blame. No one had caused the drought. I had to accept it as part of the game. I learn a lot how about people react in such situations.

Golf is the strangest of games which is what makes it so compelling to play. One of the manifest absurdities of golf is the idea of propelling a ball, 1.6 inches in diameter, into a hole 4.5 inches wide, from a distance of anything from 1ft to 35ft, across a grass surface that has been lovingly cared for just for that moment. There have been more lines written about putting than any other of golfs required skills. However, the real point is that it can reduce even the best to nervous wrecks. As one person said, You can be the greatest golfer off the greens in the world but if you cant handle the greens, you are no golfer. Once again, it just tells me so much about golf.

The great thing about golf is that it is so simple. You are on your own. There are few places to hide and no excuses can be made. Your biggest opponent is not your playing partner but yourself. Believe me, it is the best test I know. It was no coincidence that Ian Fleming choose golf to illustrate what a bad fellow Goldfinger was. For those that remember the book, Goldfinger, the master gamesman, at crucial moments would drop his driver, jingle coins in his pocket, and subtly improve the lie of his ball whenever possible. He was also, of course, eventually out manoeuvred by Bond, but the point was made. 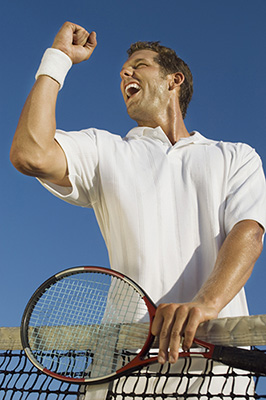 Beyond all these points, a game of golf will give me approximately 3.5 hours to just chat. It is no coincidence that golf is known as the game for business. It is also the game for politics. In the past, all the great politicians played golf  Churchill, Lloyd  George, Eden, and Macmillan. It gives time to just have gentle conversations.

It is a process that has worked for me. From it, I have recruited some top class executives and almost as importantly, the games have given us a basis for a friendship and level of trust that is almost as important. I need to be able to trust those that work with; to be able to laugh with and to like them as people. Personally, I think that this gets too often forgotten by those seeking perfection in the recruitment process. Life aint perfect  nor are people.

As part of a wider campaign to encourage better professionalism and commercial thinking in the hospitality sector, EP will host a series of events and networking sessions. For more information on this and any other EP initiatives, please contact Arlene McCaffrey