What are the risks and opportunities for entrepreneurs now?

The Chairman of the British Hospitality Association (BHA), Nick Varney, has said that leaving the EU could have a positive impact on the UK’s hospitality and tourism sector. Varney, who is also chief executive of Merlin Entertainments, which runs Alton Towers and Legoland has said the sector should “seize the opportunity” despite turbulence in the financial markets and consumer fears.

Viewed through the lens of American entrepreneurs. Entrepreneurs and small-business owners in America may seem far away but with an increasingly globalized world, the ripple effects may have an impact across the pond.

Tech leaders have spoken up to try and dispel the gloom. Powerful voices including former Number 10 adviser Rohan Silva and director of Twitter Baroness Martha Lane Fox have taken an upbeat outlook. However, Techcrunch’s editor-at-large Mike Butcher has concerns on how access to the single market, “Without access to EU talent, many early stage firms will struggle to find the talent they need”.

Big name entrepreneurs have also joined in. Richard Branson has gone as far as calling for Parliament to consider a second referendum and James Dyson, a prominent entrepreneur to call for Brexit has apparently now gone quiet on the topic.
For many, the news has come as a shock and now entrepreneurs must take the EU referendum result into account for future activities.

What does it take to be a migrant entrepreneur? 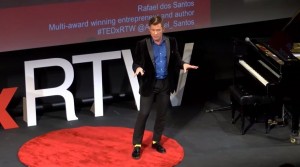 Entrepreneur Rafael dos Santos Tedx talk about overcoming barriers such as language and integrating to the culture. It shares the reality of million of migrants around the world.​ View the video here.

The recent impact of 1990s nostalgia. A pop-up restaurant inspired by a hit ’90s sitcom has opened in Chicago. ‘Saved By The Max’ is built to look exactly like after-school hangout The Max from the teen sitcom “Saved By The Bell”. The creators used social media to create a buzz and have now extended the closing date from August to the end of the year. Will we see more nostalgia themed spaces and events in the future? Find out more.

Harvard Law School brings food recovery entrepreneurs together for National Conference. Farmers, business professionals, academics, and government officials have been brought together to address the critical issue of food waste. They aim to identify the key steps needed to reduce food waste from policy, innovation, and awareness angles. Read more.

Restaurant-school turns the underprivileged into entrepreneurs. Young adults from underprivileged backgrounds are being trained by French volunteers in Kolkata, India. They are teaching them how to take charge of their life by serving up European fare at the restaurant-school Cafe Toto. They are also learning English, IT skills, communication, personal skills and cooking. Is this a way of getting more people involved in the sector? Read more here. 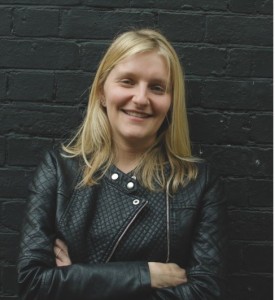 “When I was younger, my family used to joke about me as the “control tower” because I would remember everything and get things done – I suppose that’s still true today, I’m very good at just getting on with things and making them happen. And that’s important for starting your own company where you need to a million different things to achieve the vision you want. Setbacks are normal, mistakes are normal and things will go wrong – the sooner you accept that, the easier life will be. I recently got asked what my advice would be to a class of graduates from the school I went to and I told them that Snact’s internal motto is (and pardon my language) “Give a shit and get shit done” – meaning, find something you care about and then go do something about it.”