Do people leave when trust is lost?

In 2009 I suffered a major sporting injury which I believed materially changed a lot of things in my career. I tore the cartilage in my hip joint which resulted in surgery and months out of training. This time was very challenging, both physically and mentally. The surgery itself meant that I was unable to do anything for several weeks and restricted to crutches.

Moreover, my coach who I had been with for 8 years and who I had expected to support me, told me that until I was fit and able to keep up with my squad I couldn’t return and train with them. I was effectively out on my own.

This for me was an upsetting and difficult time where I needed my leader and my team mates support and motivation. My coach was my leader, he was the one that guided me through every day, helped me make and supported me towards my goals and to ultimately be successful. Suddenly, I was left to feel alone and responsible for working out the rest of it on my own. 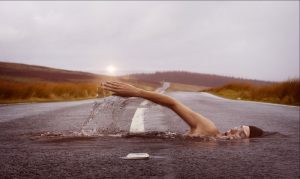 Our relationship was damaged. He hadn’t supported or helped me at the time when I had needed him the most. Over time I started to feel anger and resentment towards him. The trust that I always had had for this man I was very quickly losing.

When I regained my health and a respectful standard of fitness he allowed me to return, but everything between us had changed for the worse because of his behaviours.

Why didn’t I just leave after my injury to find another leader/coach who would have supported me back to health? Because I had a goal and that was to recover and to be better than I had ever been before. I still needed the support of the rest of the team, the physio’s, the nutritionists and all the other support staff I had around me who knew me and could get me back quicker than if I was to leave and start again. These were the people who at the worst time in my career were the ones that helped pull me through it. 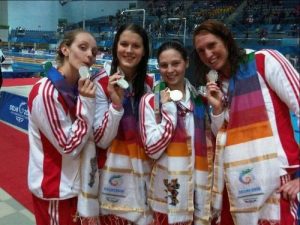 Through sheer determination, hard work and a lot of stubbornness I was in the summer of 2010, back to fitness and went on to have one of my best seasons of my career, winning medals at both European Championships and the Commonwealth games.I was finally in a position in my career (and had the time to invest between competitions) where I could leave my coach and find a new leader and another support team.

Because of my lack of trust in him this was an easy decision to make. Trust is something which I feel is so important and I knew I could never get that back with him. Once its gone you can rarely get that back.

I had stayed with him those months prior because it was the support of everyone else which was more important. But then I wanted to spend the last two years of my swimming career in an environment that I enjoyed being in. It was about being happy, being invested in, being part of a team and not just about the process and the results. I knew that results would follow anyway if everything else was right and I had trust in my leader and team.

It is true, leaders really are extremely important and influential, often this can be underestimated or forgotten. My coach’s behaviours could have resulted in me ending my career prematurely. I have seen this happen many times in my career with other athletes. Those that don’t have the support and the trust in their leaders will leave and move on to somewhere where they do feel valued, respected and supported. People don’t leave businesses and teams, they leave individuals.

To find out more about EP’s activity within sport, culture and business please contact kate.haywood@epmagazine.co.uk