Earlier this week, Slovakia’s Economic Minister and Ambassador to London hosted a number of events around the City of London to court and attract potential investment into Slovakia. The Minister first spoke at a breakfast forum with lead City professionals (and EP) on the regional economic outlook and the investment opportunities. 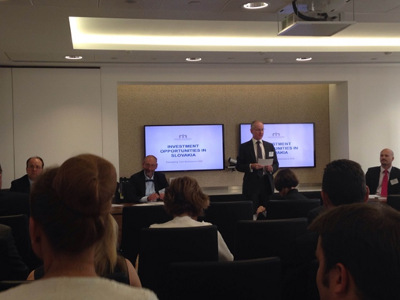 He spoke with candour and openness about the journey that Slovakia has been on over the last twenty years and their aspirations for the future. The Slovak Ambassador to London accompanied the Minister and both were open to their commitment to develop strong business links with the UK. 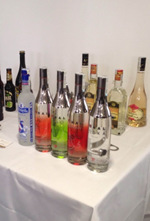 Slovakia has a rich heritage and legacy with many superb wines and beverages that many do not know about. At a later event in the day, guests at another Investment forum in Devonshire Square enjoyed and sampled many such products including: Goral vodka, Tokaj wines and Kaltenecker beers.

Goral master : With the value of spirits in the UK’s pubs and clubs topping over £4billion last year, it is interesting to note that vodka was still the biggest selling alcohol. Its usage versatility means that it does well ‘on trade’. A number of bars have noticed consumer’s drive towards more premium brands – a segment where Goral sits happily. Niche brands with a strong heritage, such as Goral, are in prime position to take advantage of the increasing trend to pick premium. Goral’s unique 7-time distillation process as well as carbofiltration creates a distinctly clean flavour. Their range of flavours include cranberry, lime and grapefruit. 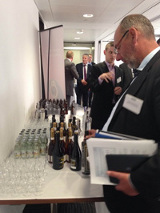 Another niche brand within Slovakia, Tokaj mixes the best of century old-tradition and modern production technique to create a truly special product. Their range of wines have rich flavours and range from sweeter more traditional Tokaj wines to a selection of award-winning “New Generation” wines using the Furmint and Lipovina variety of grapes. 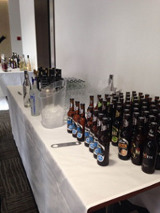 Craft beer lovers have rejoieced as the past few years have seen an immense rise in the selection and availability of craft beers ‘on trade’. Kaltenecker is a family-run brewery that has been producing their beers for nearly twenty years. They started producing these beers to complement the different foods they had available at their restaurants. They now make over 50 varieties a year including several limited edition brews.

There is so much potential to explore. If you would like further information please contact Diana Kozlowska directly.