On the 11th of June the BHA hosted its second Hospitality and Tourism Summit at the Intercontinental Park Lane to set out an agenda for unlocking the economic potential of the industry. From global trends, to strategies for success, to the multi-faceted debate on people, jobs and skills the Summit proved to be a thought-provoking event. Here are some of the highlights from the day 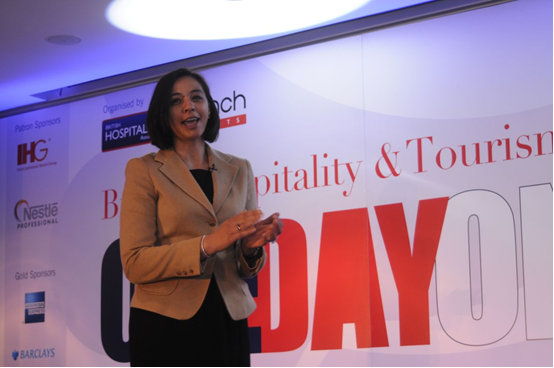 THE BUSINESS AND ECONOMIC DISCUSSION

Strategies for success – it’s about creating the right environment 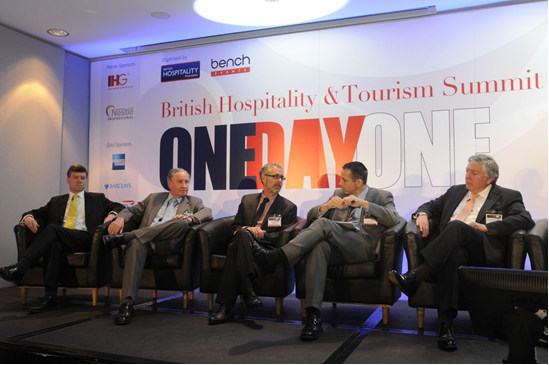 At the heart of this session were clear messages about the tactical approach and inherent challenges in addressing government, and the clear need to create the right business environment to drive economic growth;

“The relationship between hospitality and tourism, and other industries such as manufacturing, is not pushed strongly enough.”
– Lord Lee of Trafford

“The evidence is very clear, so clear it’s a no brainer. UK families are taxed more if they choose to holiday at home than to go to France.
– Dermot King

EP met with Lord Lee of Trafford, who noted that in all three main political parties there had not been one manifesto pledge related to tourism and hospitality, to get more insight into his views:

“Getting the message that tourism and hospitality are so important to the economy and have such considerable potential through to the powers in government, which in the UK is access to the Prime Minister and the Chancellor of the Exchequer, has not gotten through. The industry’s message stops at the DCMS although they try their best. You can produce as many strategy documents and as many reviews as you like, but at the end of the day until the PM and Chancellor really get the message things are not going to change substantially. That’s why I’m hoping the industry will get involved in a major campaign before the next general election – and I emphasis that it will be pre-election – to get some specific commitment and changes committed in the respective parties manifestos. It is no use putting pressure on after an election.

“In the past government has always said that we do not speak with a united a voice. I think we need to bring industry together and really produce a sharp and heavy campaign involving the millions who are employed in the industry. In my view it is the number one employer in more parliamentary constituencies than any other single industry and we really have to apply pressure accordingly.”

“It’s not about what you say, but what you do. A small act of kindness and imagination that makes an experience unforgettable.

“The concept of hospitality is deeply ingrained. People have made that connection and it is time for government to do the same.”

“The current education system has not been doing enough to ensure young people are fit for work; there is a continued obsession with academic education which is limiting.

“The tide is beginning to shift; recent research found that there were one million people studying for vocational qualifications than in 2012.

“Employer engagement is critical to ensuring that suitable qualifications are developed and all employers play their role in ensuring their voices are heard.”

“The big picture in the 21st Century is that the Asia Pacific region is becoming a major driver for growth in the world economy.”

“Britain must be at the forefront of capturing growth markets…investment in infrastructure is essential to the growth of the UK economy. If we don’t address the issue of airport capacity now, in 10 years time we will wonder why we ever allowed it to happen.”

“The four main considerations for Chinese travellers are visa requirements, language, food & restaurants and the accessibility of tax refunds. On average a Chinese traveller spends £1,600 per person in the UK, so ease of access to tax refunds is a key factor.”

“In terms of the customer journey a lot of the thinking about booking travel happens online; the thinking, the planning, the imagination – even if their final booking is not made on line. I think this is often the missing link and the travel sector has lost its way on this point.”

“Like all Secretaries of State, am having to make the case for every pound of public money that we propose to spend. For me that case has to be rooted in economic value. A return for investment on the spend we make. And making the most of the money we spend – building synergies between culture, sport and tourism – to get the biggest bang for our buck.”

The Rt Hon Maria Miller MP, Secretary of State for Culture, Media and Sport and Minister for Women and Equalities speaking on the forthcoming Comprehensive Spending Review

Chairing the session on Think Global, Act National, Simon Vincent, president EMEA, Hilton Worldwide spoke of the factors influencing the decision to travel. He referred to the increase in visitors to the US following President Obama’s Executive Order in January last year and EP caught up with Washington based Jonas Neihart who attended the Summit to capture more insight into the work Hilton have been doing in Stateside to deliver ongoing economic benefits through changes to the visa process.

“We realised that there was a very serious problem for the US in developing markets, where there were either not enough consulates or insufficient staffing to support the demand. In conjunction with other hotel and retail companies in the US we lobbied government and, after the Executive Order was issued they reallocated staff in these offices. Just this act dropped the wait time in China from 50 days to less than 5 days. This led to a 37% increase in the number of visa applications and resulted in a 51% increase year on year to visitors to our hotels. It’s clear that, in this area, small actions in the right places by government can make a huge difference. Similarly in Brazil, the wait time was reduced from 100 days to under 10 days. Our current focus is on increasing visa validity for Chinese visitors, and working with the World Economic Forum, who have identified border crossings and visa facilitations as areas in need of improvement.” 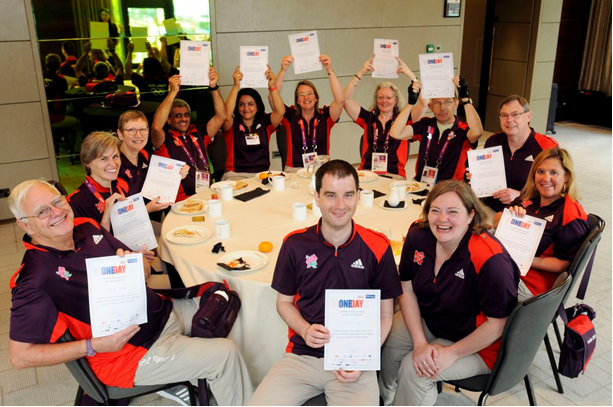 The London Olympic Games Makers who attended the Summit, greeted delegates and were presented with certificates recognising their contribution as Ambassadors for British Hospitality

With over 30,000 pledges to date, The Big Hospitality Conversation is seeking to engage with employers in order to offer more work experience, apprenticeships and employment opportunities for 16-24 year olds. With youth unemployment levels the third highest in Europe, behind Greece and Spain, the BHC aims to give these a people a voice to industry employers. The BHC is a joint initiative between the British Hospitality Association, Springboard and Business in the Community.

At the Summit, a variety of young people took to the stage:

“I question my degree and whether I would have been better off with a vocational apprenticeship”
– Sharmila (pictured far right), graduate

“Part of the engagement with SMEs is getting them to understand that the BHC is perhaps the answer to one of their biggest challenges – seasonal recruitment.”
– Calum Ross, proprietor, Loch Melfort Hotel & Restaurant and chair of the BHA in Scotland 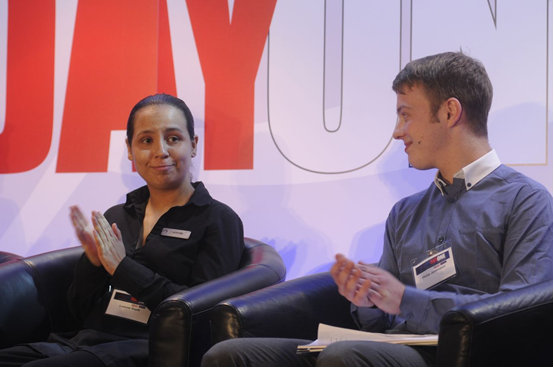 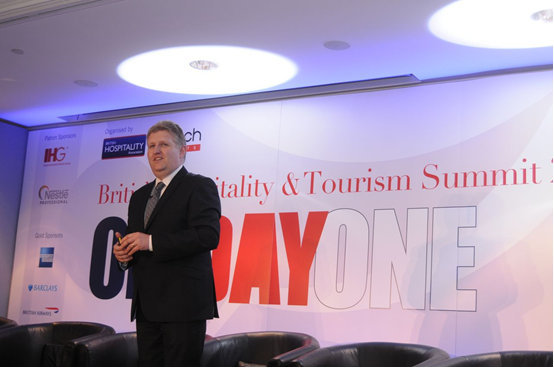 In conclusion this year’s Summit was an informative and encourages delegates to engage with both government and society in a positive and proactive way, in order to drive ongoing economic recovery.