“I woke up the other day to the realisation that I have been playing piano for over 50 years, and it dawned on me what an important part of my life it has been.”

“I may have been a chef, a student, a manager and a consultant but I was also, surprisingly to some, a band leader for 20 years with Skyline – a successful showband.

We performed at everything from weddings, military and corporate events to working men’s clubs.

To celebrate this significant 50th year milestone, I decided to record this boogie woogie and blues album ‘Que Diablos’, featuring cover versions from heroes such as Chuck Berry, Jerry Lee Lewis, the Beatles and the Rolling Stones.”

Julian, who has been playing the piano for more than 50 years, recorded the album alongside Kevin Hall at Fire Elephant, a UK-based entertainment company and features WE3 on vocals on one of the tracks.

It has been released on iTunes and other online stores (Spotify, Deezer & Amazon) for download with profits going to The Royal Marsden Cancer Charity. Julian has also set up a separate Just Giving page for people who would like to donate more to the charity.

“The funny thing is that, at a young age, I would reluctantly attend music lessons in Hitchin. During these lessons I was forced to learn some turgid piece for my grades. Luckily, I discovered rock ‘n’ roll after spending hours on perfecting my stride left hand, à la Fats Waller, and then proceeded to liven up tunes like ‘A la Turka’ by Mozart, and that appears on the album.”

Neller Davies is currently working on a major facilities management project at The Royal Marsden Hospital and the album supports its ongoing corporate social responsibility activity. 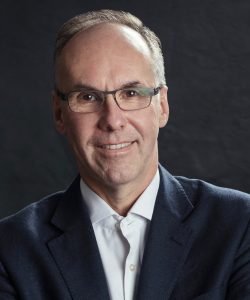 “To me, music has been a motivator, healer, stress reliever and a life skill which has served me well. I particularly enjoyed the challenge of recording this album in amongst my hectic business schedule.

So I recorded ‘Que Diablos’ and decided that I wanted to use it as an opportunity to raise money for a very worthy cause.

Having worked with The Royal Marsden recently, it was a no-brainer to donate the proceeds from sales of ‘Que Diablos’ to The Royal Marsden Cancer Charity. It supports so much work in the research, and treatment and care of cancer – a disease which could affect us all, either directly or indirectly with friends or relatives, at some point in our lives.

Please do help me raise some much needed funds by purchasing the album. You never know, you may actually enjoy it too.”

The album’s website can be accessed here: www.que-diablos.com and show support on social media with the hashtag #qdnd