Once a rising football star playing in the ranks of top football clubs, Adam Smith was destined to a career in the game he loved. However, a tragic on field injury changed this potential and instead Adam took a different road.

The Sales & Marketing Director of IndiCater is surprising unassuming and not bitter given he could have lived quite a different life. He learnt from the experience and today applies the lessons of sport into the business world for success. EP spoke to Adam about his belief in partnerships, aspirations and resilience.

Adam is only four months into his role at IndiCater and has already been promoted to Director. An impressive feat with Mike Day, Chairman of the leading supplier of hospitality software recognising the talent within the young man. However as Adam points out, he did take a risk to begin with. 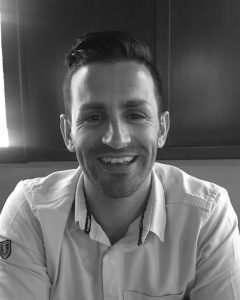 Adam explains, “I believe it should be viewed as a bit of a risky move, particularly as I was up against an experienced talent. I’m new to this part of the hospitality sector having worked in leisure with a focus towards the golfing world. I was looking after EPOS systems and so whilst I have transferrable skills, I was still unproven. I’m delighted that the business did take me on and I believe my experiences from the other worlds can be of great benefit.”

It wasn’t just the leisure sector that Adam has experience of, his journey began in the sporting world. As a teenager he was playing for top football club Aston Villa but lost out against another rising star of the time, Luke Moore. Back then players were released after one-on-one type scenarios and so the game became striker versus striker. There were 52 scouts watching the game, more than Wayne Rooney at the time and despite scoring twice in the game Adam was released. He went on to join West Bromwich Albion, another club in the Midlands, however fate was to deal a tragic hand. In a Sunday league game for his father’s local team, Adam went into a tackle and hit a divot in the pitch. He broke his leg in three places and dislocated his ankle in the freak accident. It was the end of his footballing career. He explains this horrible time in his life, “I was on crutches for six months and knew as soon as the ankle went that I wouldn’t be coming back. A leg break can heal but a dislocation spells the end. I did try to return but in my first training session I dislocated my other ankle.”

Adam speaks of this time with incredible ease, despite his dreams being shattered. He counts himself lucky of being young enough to still complete his A-Levels and go to University and did still become the youngest captain ever of St Albans City at 17 years of age. He feels he lost some love for the game during this time, especially towards how the system chucks players out from the system without any support. Despite this Adam grew an impressive level of resilience and today uses this within his business career. 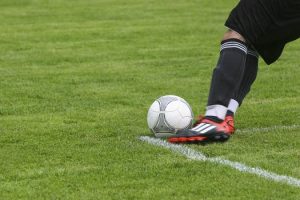 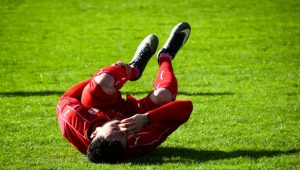 “In sales, resilience is almost the most important trait to possess. You need to be able to take the knocks and failures and remain positive. You must stay true to yourself and learn to reinvent when needed.” It is this belief that Adam justifies how the world of sport and business can work together and share insights. Especially the ability to adapt for a changing future.

When moving into this world of hospitality, Adam began to recognise some of the differences and similarities between the sectors and also some of the issues which seem to be growing. He explains, “You look across your network and witness the same issues and problems cropping up. People are becoming stuck in their own circles – same people, same ideas, same problems. I believe this is where partnerships can be of the most benefit and can make a positive difference to learning from outside of one’s sector.”

It’s an interesting observation and Adam is confident that his dynamic approach can bring a different way of thinking. Adam’s holds within him an aspiration which he has developed from his student days at University of wanting to be a Director by 40. Something he has achieved eight years in advance.

“Despite this Adam grew an impressive level of resilience and today uses this within his business career.”

Youth is an important topic for Adam, “Business must adapt and change to suit the times. I see golf as the perfect example of this where the standard golfer is aged between 50 and 70 and is quite set in their own ways. Standard membership packages mean the clubs are not able to change to attract new demographics. They are stopping new generations coming into the club and I see a great synergy between this and the business world. We are not letting enough of the younger talent in and its making business stagnate – and that just isn’t healthy.”

Adam describes himself as the opposite of a direct seller. He prefers the long term and usually more successful route of building relationships and trust. Making things knowledgeable and enjoyable with a determined approach. “I believe the sporting mindset is crucial for the business world. I liken business to that of a being a chameleon – using different skills in varying situations to succeed. I also simply don’t like losing and I believe that really helps.”