With over eight million international visitors and 57 million local tourists (Vietnam News) and with a population of more than 90m, Vietnam has notched up the world’s second-fastest growth rate per person since 1990, behind only China (The Economist). A great time lies ahead for Vietnam, a country that after the Communist era is certainly attracting great interest among investors.

Trends are showing the capital is doing particularly well with regards to hospitality and that there is a need for further investments.  According to STR Global, occupancy in Hanoi increased 2.4% to 68% during 2014.

What is more, hotel occupancy across Vietnam has been strengthening, according to global real estate company CBRE. Occupancy rates in the country’s main hubs, Ho Chi Minh City and Hanoi, now are inching closer to major Asian cities like Jakarta and Kuala Lumpur. 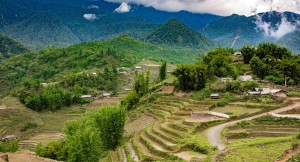 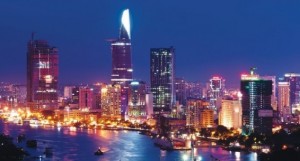 Picture to the right:courtesy of Siemens

Along with a great demand from the consumer that wants to explore something new, macro-economic factors are contributing to push the market further.

As eHotelier reports: “Robust private consumption and investment growth, strong exports, low inflation and growing confidence all contributed to Vietnam being tipped to be South East Asia’s strongest performing economy, well ahead of the average growth of 4.4 percent predicted for the region.

The market is also showing some signs of confidence:

What are the elements that could prevent Vietnam’s tourism and hospitality expansion?

Barriers to infrastructure: the lack of consistent policy infrastructures are currently creating a great obstacle to the country’s expansion from an economic viewpoint. There needs to be better communication at a governmental level so that a consistent development plan is put in place. Places like Phú Quốc still lack proper infrastructure and basic services that makes this island paradise a hospitable location for tourists (CBRE).

Environmental concerns: in a recent conference, Peter Burns a senior member of the European Funded program on socially responsible tourism emphasises the lack of technical knowledge about adaptation and mitigation especially from a business viewpoint. Read more. Rising sea level could lead to a series of environmental disasters such as the disappearance of some Vietnamese beaches. This is not only causing a series of social problems such as homelessness but also economic ones. Reportedly, a one meter rise in sea levels could cost Vietnam $17 billion a year. There is a need to make sure that investments are made in the most socially responsible way by promoting sustainable practices that bear in mind the needs of the local community.