There have been many conversations over whether social media is a threat or an enabler. In recent years companies have felt it’s important to use social media platforms for communicating with and marketing to their customers but could never see a direct return. However Instagram is now adding buy buttons which makes it a commercial platform. This changes the role it can play.

The Backstory
Instagram was created as a photo-sharing app but its potential was seen when only two years old – Facebook CEO, Mark Zuckerberg, purchased the platform for $1 billion. The acquisition in 2012 was ridiculed at the time – Instagram had 13 employees and zero revenue, Zuckerberg was only 27 year’s old and many said he was too young to lead a publicly held corporation.

By 2016, 98 of the top 100 Facebook advertisers were also advertising on Instagram and it was generating a serious return. Impressive given that the platform simply offers the ability to showcase a brand and engage with customers and fans through beautiful, glossy photos that are filtered to the poster’s desires. 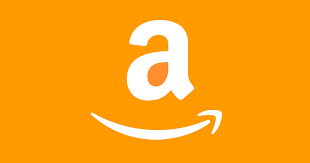 Instagram now has 700 million monthly average users, more than any other social media site except Facebook. Its growth is also linked to its higher engagement rates between company and customer – much higher than Facebook and Twitter.

It has been slow to embrace e-commerce as the app is primarily an advertising platform. Businesses have in recent years seen the importance to communicate ‘where the customers are’ but now can also potentially sell. Instagram offers an attractive platform where hundreds of millions of shoppers visit every day and want to engage.

The buy buttons are being rolled out slowly over two-to-four years and the potential is there:
• A hotel could showcase images of a last room to sell which can be booked and paid for over the app.
• A restaurant could showcase dishes on the new menu for a quiet Tuesday evening – visual and of benefit to both business and customer.
• Foodservice companies could ensure workers in an office block get to see the lunch offers and stop them going offsite. By buying a ‘limited special offer’ through the app, it also provides a guideline to the numbers to cater for.

Its massive audience and popularity is already there, in retail it may even be able to challenge Amazon in a way no other company has done before.

There are arguments against this move towards buy buttons. Some will rightly state that customers are still less likely to purchase on mobile compared to a desktop. But is the popularity of Uber and other similar apps changing that viewpoint? The buy buttons will need to be tested fully but for hospitality businesses looking to target a new audience or convert existing fans, the ability to sell through beautiful visual photos is worth being ready for.

Communication has become harder in today’s climate, but there are ways to effectively reach the right audience. With the potential to sell over the increasingly popular platform, Instagram could be a good place to start spreading the message.