“Anyone, any kid out there that wants to be something, has dreams. I didn’t come from any money or anything, but I did have a dream and I did have hope. That’s really all you need. We shouldn’t put any female athlete in a box. Why do we have to be limited to just female athletes? We all work really hard. We just want to be known as just athletes.”
Serena Williams after winning her 22nd Grand Slam

As Theresa May becomes Prime Minister, some recognise the irony. 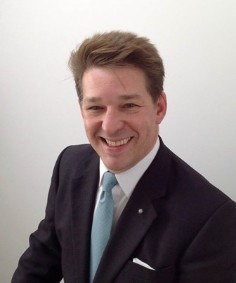 With over 30 years’ experience in the world of hospitality and having worked in several five-star hotels, Paul Brackley joins Shangri-La Hotel, At The Shard, London as General Manager. Paul will be taking over the management of the 202-room elevated luxury hotel

Cafe Spice Namaste has won the MRW National Recycling Awards 2016 which celebrates the achievements of the best companies in the waste and resources sector.

The National Recycling Awards reward excellence across the industry and address recycling, reuse and waste reduction.

Tourism expected to grow by 4% by 2020 despite adverse external shockwaves. The substitution effect, where tour operators shift capacity away from troubled hotspots to more stable countries, is clearly visible.
Find out more.

The 2016 Rio Olympics increases search for hotels in Brazil. A study shows a higher interest during the Olympics by citizens of Australia, Sweden, Denmark and the USA.
Read more.

Food sales slow in June. Food sales grew by 0.8% in the three months to June, while total sales edged up 0.2% in June across all categories.
Read more.

Zaha Hadid Architects to build Qatari hotel based on a desert flower. The plan is to build a 38-storey, fluid-form hotel as part of a new coastal city in Qatar..
Find out more.

BHA calls for ‘Seaside Tsar’ to save coastal towns. The British Hospitality Association (BHA) want someone appointed to fight back from decades of decay according to new research which paints a grim picture of problems facing coastal communities.
Read More.