You can never be too rich or too rich. 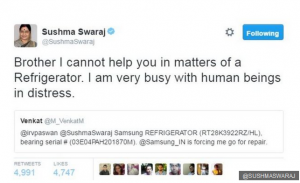 Indian External Affairs Minister Sushma Swaraj has had to gently tell a Twitter user that she is not the best person to approach for issues with appliances.

Her tweet to a disgruntled owner of a Samsung fridge has gone viral in India and generated a spate of responses. The minister often responds to users who reach out to her for help. 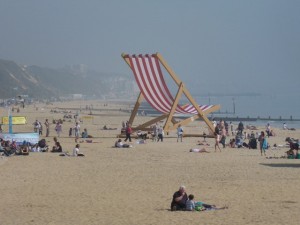 It’s no secret that many businesses come under real pressure in the summer months. In an effort to boost the nation’s productivity, more and more are claiming to “cancel August”. According to a recent survey, almost 60% of the UK would welcome an annual summer ‘shutdown’ among businesses.

Here’s some interesting facts about the research:

In the battle of the sexes, it appears that women are more likely to support this new productivity method – with 63% backing the system. Men were less inclined to throw their weight behind a proposed change, with 44% voting against 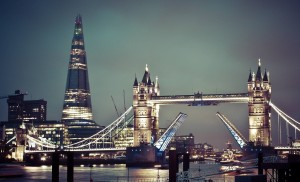 The hotel industry in London, England, is projected to experience continued performance declines through 2016, but positive results in 2017, according to a quarterly forecast report from STR and Tourism Economics. London has posted year-over-year growth in revenue per available room (RevPAR) for six consecutive years beginning with 2010.
Find out more

Nearly, 73 per cent Indians book hotel rooms on mobiles. According to a study, Indians prefer to book their hotel rooms through smartphones than visiting a travel agency.

Deutsche Lufthansa AG’s catering business is considering cutting up to 2,400 jobs in Europe over the next five years and has imposed a hiring freeze as part of the airline’s broader effort to reduce costs and compete more effectively against low-cost rivals.

China’s Bordeaux: winemakers in ‘gold rush’ to turn desert into vineyards. International wine giants and the super-rich are ploughing their fortunes into an arid corner of Ningxia region Find out more

Obesity boom ‘fuelling rise in malnutrition’ Malnutrition is sweeping the world, fuelled by obesity as well as starvation, new research has suggested. Find out more