Republican candidate Donald Trump appeared to use an unusual adverb in his debate against Hillary Clinton. It has opened up a bigly debate – Is it a word? Or did he really say ‘Big League’?

July highest month ever for inbound tourism to UK
with 3.8 million visits

Recent figures showed that overseas visitors to the UK spent £2.5 billion in July, 4% up on the same month last year. The Office for National Statistics figures reported that it was a record July for inbound visits from EU countries, the UK’s largest visit-generating region, with 2.3 million visits, 3% up on last year.

Inbound tourism: Where are tourists coming from?

There was also strong growth from North America, which includes the US – the UK’s most valuable visitor market – with visits up 5% to 580,000. Visits from the ‘rest of the world’, which includes Australia, China, the Gulf markets and India, were up 6% to 790,000.

Figures bring inbound visits for 2016 so far to 21.1 million, up 2% on the same period last year and a record year–to-date. Spending by visitors during this period was £11.7 billion.

What does this mean in Europe? 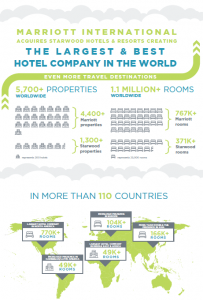 How to keep hospitality staff happy.
A happy hospitality staff will increase your hotel’s overall productivity. The bottom line of any hotel or hospitality-oriented business is customer service excellence and subsequently, profitability. How do you make that happen? Find out more

Design competiton explores future of hotel room layout.
Chinese studio, FOUR O NINE, won by developing a floor plan that uses the bed as the room’s main element around which revolve all the activities a guest might do during their stay, integrated in a central island with added complementary furniture. Read more

Facing the future: UK hotels forecast 2017.
PWC recently published a report on the forecast for the UK hotel industry for 2017, and the key drivers and trends, impacting hoteliers in the coming year. Read more

Andy Murray’s Cromlix Hotel has been named the AA Hotel of the Year in Scotland.
The Scots tennis star bought the 15-bedroom mansion, which is close to his hometown Dunblane, in 2013 for £1.8million transforming it into a five star destination complete with a tennis courts in Wimbledon colours. Read more

Rocco Forte Hotels is to open a second hotel in Rome at the top of the Spanish Steps, to join the company’s existing Hotel de Russie.
The 105-bedroom Hotel De La Ville will open at the end of 2018 following the refurbishment and restructuring of what is currently a 192-bedroom property. Find out more

First ‘three person baby’ born using new method. The five-month-old boy has the usual DNA from his mum and dad, plus a tiny bit of genetic code from a donor. Read more

When is Google’s birthday? Confusion over correct date as 18th birthday celebrated. The internet giant is celebrating its 18th birthday on Tuesday with an animated Doodle shown to web browsers around the world. Read more