“Nothing in all the world is more dangerous than sincere ignorance and conscientious stupidity.”

My advice to both candidates is basically the same, with different punctuation. 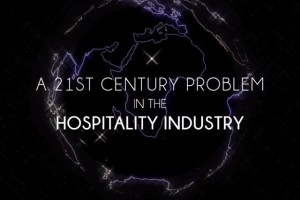 Watch the trailer for the EP Business-Pitch Competition

“An Insight Into Tackling The Global Issue”

In collaboration with Future of Hospitality Summit 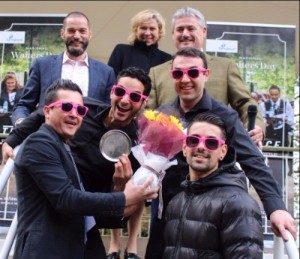 Waiters raced throughout the UK

Waiters raced nationwide in a celebration and promotion of front of house roles in representation of hospitality, which employs 2.9 million people in the UK.

Anne Pierce, Springboard’s CEO, said: “The Front of House Festival was created to increase awareness of the range of roles available in front of house, and this year it encompassed National Waiters Day. National Waiters Day was a great opportunity for young people, jobseekers and businesses to showcase the profession and the great opportunities available, with activities ranging from skills challenges to talks, and of course the Waiters Day Race! It was great to see front of house professionals represent their industry and all it has to offer.”

End of the wallet in sight?

More than two in five people (43 per cent) say they keep less hard cash in their pockets than they did two years ago, the study by Mastercard found. 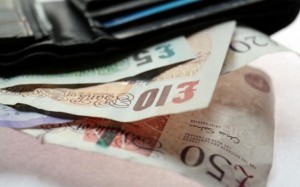 IHG introduces new brands to AMEA region to drive lifestyle segment growth: Jan Smits, Chief Executive Officer Asia, Middle East & Africa (AMEA), IHG said: “We identified a key opportunity to accelerate our growth in the lifestyle segment with the introduction of these brands to the region”

Learn more    AccorHotels partners with LinkedIn to connect business travellers: All AccorHotels guests can use the new feature, Business Check powered by LinkedIn, to identify people in their professional network who are based in the city they are in or find relevant profiles to connect with. Read more here

How the US bulk wine market works: The main advantage that private label wine offers retail chains is that it gives them control over the product, and eliminates the price competition from other retailers. Read more

Hottest F&B trends in restaurant and hotel dining for 2017: International food and restaurant consultants Baum+Whiteman see a few growing threats which could signal rough going for restaurants in 2017. Find out more here

Clock Software introduces Clock Kiosk as part of its cloud hotel system: Hotel kiosks are not a new invention, but they’ve always been standalone devices that need a somewhat tedious, expensive and limited integration with the hotel’s property management system. Learn more

The latest research conducted by Nestlé Professional has releveled that one in two of the UK’s hotels think they are missing out on food and drink profit opportunities: The research was conducted as part of the company’s commitment to supporting the Hotel Industry, to help hoteliers maximise profit opportunities.  Read about it here

Hilton Worldwide to Host AAHOA Young Professionals’ Day at Hilton: Participants will enjoy a full day of professional development led by Hilton executives and discussions on Hilton‘s history and future, hotel construction and development, and brand management. Find out more

$50 Million in Hotel Room Revenue Lost During Hurricane Matthew: The five U.S. states in the path of Hurricane Matthew saw a net hotel room revenue loss of approximately US$50 million during the days of and around the storm, according to STR’s consulting and analytics division. Learn more Highest August ever for overseas visits to UK: The Office for National Statistics figures also show a record-breaking first eight months of the year for visits from EU countries, the UK’s largest visit-generating region, with 16.8 million visits, 3% up on last year. Read More

Air India breaks record for world’s longest flight – by swapping direction of Delhi-San Francisco service : The eastern route flies over Myanmar and China. It then heads over the East China Sea, skirting Japan, before crossing the Pacific and landing at the West Coast city. Read more