“This line from Scottish Labour makes them sound like Ant n Dec. “In accordance with standard procedure, Kezia Dugdale will be interviewed on her return [from the jungle] and have the opportunity to present her account of events.”

Paul Waugh, Executive Editor, Politics, HuffPost UK. Former Scottish Labour leader Kezia Dugdale will not be suspended for an “unauthorised leave of absence” to appear on I’m A Celebrity, the party has announced. 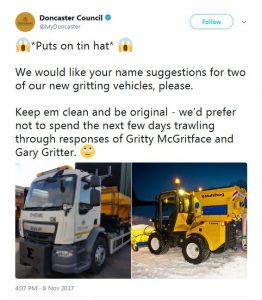 “We’ll open the most popular suggestions up to a public vote. Once they’ve been vetted by a very serious panel of civil servants and had their comedy value assessed by a vigorous, five-stage process of course.

After many tweets the winners were:
Gritsy Bitsy Teeny Weeny Yellow Anti-Slip Machiney
And David Plowie

“OK, I’ve just seen the back-flipping robot. We need Sarah Connor, and we need her now.”

Dan Hodges. View the video by clicking below: 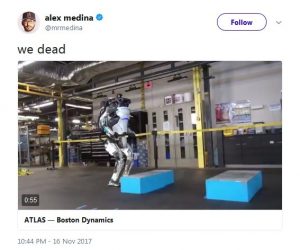 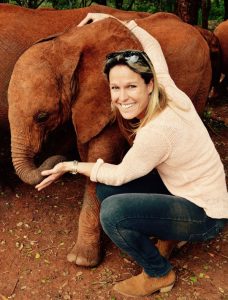 Crista was one of the GB Women’s Gold Medal Winning Olympic Hockey Team in Rio. She also won Bronze in London 2012. Her life and work today has turned towards elephant conservation and this is a cause that EP are delighted to support. 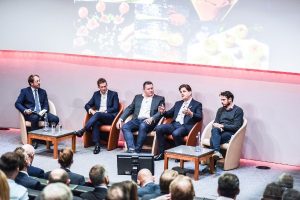 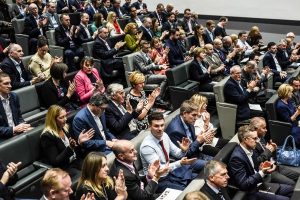 Over 200 people attended the full day event held at Nomura International in London with guests flying in from across Europe. 26 speakers took to the stage for keynote’s, open discussions and short statements. Content ranged from consultants providing their thoughts on mergers and acquisitions to an open debate on the commercial model and whether it’s actually broken.

View the full gallery by clicking the below images: