“There was an incident with a lion, but in fairness it was nothing to do with the lion.

“He did bite Scott but when you put your hand in a fence where there is a lion, then you will get bitten.

“I don’t know what sort of wildlife show Scott has been watching where you can pat a lion on the head as if it’s a kitten.” 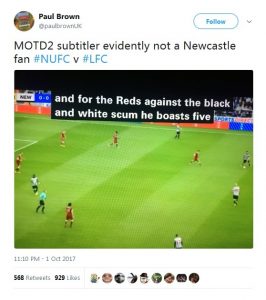 An “unfortunate error” in subtitling led to Newcastle United being labelled “black and white scum” during the BBC’s Match of the Day 2 programme.

Commentator Guy Mowbray said Liverpool’s Daniel Sturridge had scored five goals against the black and whites. But software confused the word “comma”, spoken by a subtitler, and put “scum” into the on-screen text.

Interruption of the Week 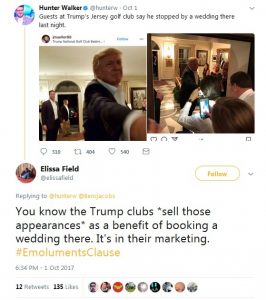 Winners of the Leading Culture Destinations Awards “The Oscars for Museums”

The awards celebrate museums and cities for their dedication to cultural vitality with winners chosen based on the quality and reach of their contributions to the international cultural sphere. Cultural destinations today are not only for art experiences and education; they have become social hubs for visitors to spend time, dine, shop, work and even sleep.

Book of the week

The Association of Catering Excellence held its annual Ready Steady Cook competition last week. Each of the 14 teams from the foodservice sector included a chef aged 25 or under, many of whom were apprentices.

As well as the overall winners, the judges were on the lookout for a chef under the age of 25 for the Young Chef award.

With a live audience of over 300 the teams of two had to plan and prepare a main course and dessert within thirty minutes, using ingredients they had only discovered half an hour before.

QHotel business aquired by Aprirose for £525 million. The acquisition of QHotels by Aprirose marks the largest hotel transaction this year.