“I’ll tell you what pressure is. Pressure is a Messerschmitt up your arse. Playing cricket is not.”

Event video of the week 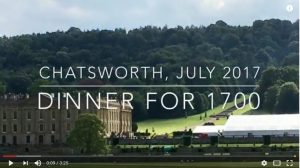 Mayor of London Sadiq Khan has launched his vision for London to become a leading 24-hour global city as he pledged to plan for life at night in the same way the city does for the day. London’s £26bn night-time economy generates one in eight jobs in the capital and is set to grow in the coming years.

Thought of the week

Enjoying the social craft of the past

Conversation, Knowledge Share and Debate – the basis for effective leadership.

Winston Churchill is once reported to have commented that his position as a leader was created by his ability to “talk with authority, socialise with ease and influence without preparation”.

It was once said of President Clinton that he “could charm any room, win over any audience and knew how to make a person feel great about themselves”.

It is true of many leaders over the years and these skills are as important today as ever.

As of September, EP is delighted to be launching:

Has Company process become more important than swift and effective interaction with customers and suppliers? Find out more by clicking here.

The amusing new safety video has been created in collaboration with Comic Relief and some famous faces. View the video here

Click here to view a behind the scenes video 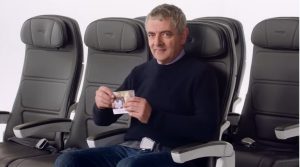 Vertical Booking increases portfolio to over 5,000 hotels. Vertical Booking, a recognized leader in global reservation technology, has announced rapid growth in 2017, with the addition of over 588 hotels in the first six months of the year, bringing the total to more than 5,000 hotels in 106 countries. Read here.

Hotel searches increase in anticipation of the eclipse of a lifetime. With less than 40 days until the first total solar eclipse America has seen in 26 years, travellers have been planning trips, searching for places to stay and coordinating their visits for months. Read more here.

Protest of the week

Are you ready for Snact’s Delicious Protest?

Every day we waste 1.4 million bananas in the UK. Snact are using this surplus to make delicious and healthy bars.

“Bananas are the most popular fruit in the world, but also one of the most wasted. We want to stop 1.4m bananas going to waste every day by turning them into awesome food waste-fighting delicious banana bars – or if we may: the best bars on and for the planet!”