“One thing we can expect from Mourinho‘s tax fraud charges is a strong defence.” Stephen Tudor, FourFourTwo

This week EP and New Zealand Trade and Enterprise (New Zealand government’s economic development agency) brought the Industry to sample and experience a broad range of food and drink suppliers from New Zealand.

The ‘Raise the Game’ event included a live broadcast of the lions game and an insightful interview with Doug Tetley, UK Managing Director of Delaware North. Held in the Penthouse of New Zealand House, the stunning views over London made the breakfast session a very special experience. 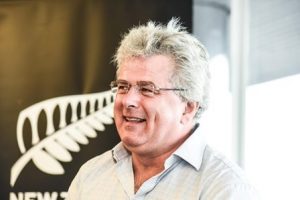 “Operators don’t see enough of the good stuff and these sorts of experiences can showcase the board range we are interested in. I tell suppliers to be more aggressive because the industry is looking for innovation and quality products. If they have a good customer focus and an impressive portfolio, we get excited.”

Click here to view the image gallery from the breakfast event in the penthouse at New Zealand House.

Rediscover the Grand Old Craft of Winning through Speech

One can argue over the outcome of the General Election but most will agree that the Prime Minister failed to inspire through her speeches and public appearances whilst Corbyn did mobilise many, was visible and his speech making won over many from all parties.

Being able to talk effectively in public, to think on your feet and make winning arguments has been an important craft throughout history. There are many companies that say they are struggling to find good sales people and many that rely more heavily on their brands and their social media as a result. The truth is that powerful and effective public speaking is as important today as ever before and moreover it builds fans and connections as it can inspire confidence. It is a craft that should never be forgotten and just as importantly it can be great fun.

We are therefore delighted to announce the formation of the Hospitality Debating Society for those who are interested in developing their skills. 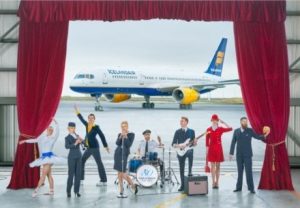 Opening the doors to accessible tourism: Interview with Robin Sheppard.
If ever there was someone with a natural flair for the hospitality industry, it is Robin Sheppard. He reached the rank of General Manager of Bodysgallen Hall by the tender age of 27 and has since gone on to co-found the Bespoke Hotels, which collectively manages over 9,500 hotel rooms across the globe.
Read the interview here.

Marriott supports Asia’s female leaders of the future. Marriott International announced a partnership to support Asian University for Women (AUW). AUW seeks to educate a new generation of female leaders in Asia who demonstrate significant academic potential, courage and empathy for those in need and who might not otherwise be able to attend university for social or economic reasons. Read here.

Google searches correlate with hotel demand.
Higher Google search volumes have been found to “strongly correlate” with increased demand for hotel rooms, according to a report by STR and Google. “Our study showed a statistically significant relationship between Google search data and the number of room nights actually sold in the two markets.” Find out more here.

Changing how we book hotels?
Last month Google started testing hotel price labels in local packs on mobile devices. Today, it looks like Google has launched hotel price labels on Google Maps in the same fashion as the big OTAs have implemented it years ago. View here with screenshot examples.

Two-Thirds of Visitors to British Hospitals Left Unable to Buy a Proper Meal. Visitors to hospitals in Britain have been left hungry when visiting outside of working hours. A survey, commissioned by Preoday, found 64% have been unable to buy themselves a proper meal because hospital restaurants have been closed. The vast majority (73%) wish cafes would remain open until visiting hours end so they could have better access to food. As a result of a limited access to food, 52% have had to buy food and drinks from vending machines.