When you have two good options always go with the one that scares you the most, because that’s the one that’s going to help you grow. 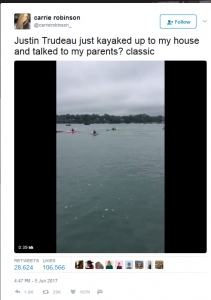 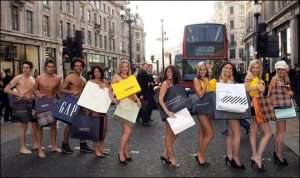 Consumer spending falls to 2.8 per cent in May
as shoppers ‘feel the squeeze’ of inflation

Barclaycard’s consumer spend data for May has landed, show that entertainment spending remained resilient, up 12 per cent, driven by double-digit growth in restaurants (11.7 per cent).

The latest monthly figures show consumer spending growth fell to 2.8 per cent – a 10-month low – as 52 per cent of shoppers say they are ‘feeling the squeeze’ of inflation. 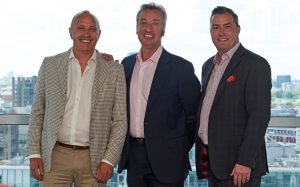 Harbour & Jones joins the CH&Co Group family
Independent caterer, Harbour & Jones, has merged with CH&Co Group in a move that enhances the group’s diverse portfolio of specialist businesses and strengthens its position across the hospitality market, and particularly in education and the London region.

The merger increases the Group’s turnover to £265 million and will now see it providing catering at over 700 sites across the UK and Ireland, employing more than 6,000 people.

Vietnam’s first dine-‘n’-slide hotel begins construction.
Designed for the modern traveller, Fusion Suites Vung Tau will provide a range of 171 unique and well-appointed suites and apartments, perfect for young families, couples, or groups of friends. Featuring expansive windows, this 20-storey hotel will make full use of the breathtaking ocean view and natural light this dynamic coastal city is famous for. Read more

Post-Brexit Britain: KPMG argue hospitality could face a 1 million decline. According to the latest study by KPMG, as many as 75 per cent of UK waiters and waitresses, 25 per cent of chefs, and 37 per cent of housekeeping staff are from the EU. Read more

Trump’s Washington DC hotel received $270,000 from Saudi Arabia. Donald Trump’s flagship hotel in the nation’s capital has received more than $270,000 in payments from a lobbying firm tried to Saudi Arabia, as the country seeks to overturn a US anti-terrorism law.Read more

A terminal cancer patient who has been told he has just months to live has conquered Mount Everest. Ian Toothill said he believes he is the first cancer patient to scale the world’s highest mountain.The Sheffield Wednesday fan planted a flag of rivals Sheffield United at the summit for charity. Read more

Vodafone to stop its ads appearing on fake news and hate speech sites. Telecoms company to work with Google and Facebook to set up a ‘whitelist’ of safe sites on which its advertising can appear. Read more