“Whether you believe you can do a thing or not, you are right”

“I’m getting quite bored of making the most important decision of my lifetime.” 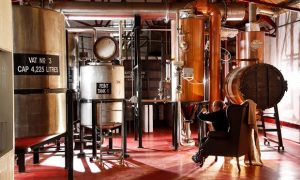 More than 50 new distilleries opened in the UK last year, showing the “explosive creativity” of craft spirits, according to a study.

The boom in the sector is also being fuelled by a flurry of merger and acquisition activity, as the global giants attempt to get in on the artisan market.

Enjoy your meatballs without arguing over furniture 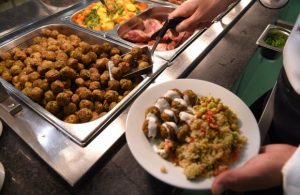 Fast Company reports that the massive success of Ikea’s food division has prompted the company to consider opening their own cafés in city centres around the world.

30% of Ikea Food’s customers come to the stores just to eat, and last year’s Ikea popup café was popular.

‘The mere fact that we don’t need so many square feet to do a café or a restaurant makes it interesting by itself,’ said Michael La Cour, Ikea Food’s managing director.

Google package move ‘will boost innovation’: Google’s package product will search for combined flight and hotel deals and has been available to a proportion of users since the beginning of the year.
Learn more

Weetabix sold to US firm after breakfast cereal fails to catch on in China: China’s Bright Foods sells brand alongside Ready Brek and Alpen for $1.8bn to owners of Shredded Wheat after too few Chinese choose Weetabix for breakfast. Learn more

Ben & Jerry’s to offer ‘ice cream tacos’ at locations in six countries: Launching this week, the sweet treat will be available in the US, Canada, Brazil, Australia, New Zealand and Singapore. Find out more

The strange boom in homeless tourism: From Prague to Los Angeles, tours led by homeless guides are showing visitors the dark heart of familiar cities – but does it help?
Read more