Whenever you find yourself on the side of the majority, it is time to pause and reflect. 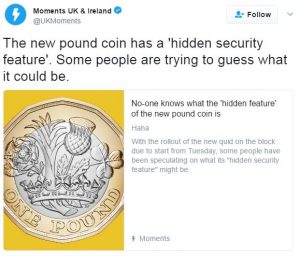 “The new pound coin has a ‘hidden security feature’. Some people are trying to guess what it could be.” 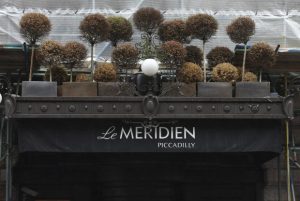 Around 150 hotel guests and 50 members of staff were told to leave Le Meridien Piccadilly after smoke was detected in the basement.

The hotel was declared safe at 3pm, when guests were allowed to return to their rooms.

Le Meridien is described on its website as ‘the landmark hotel in Piccadilly Circus’ with ‘timeless Regency architecture and central location’. 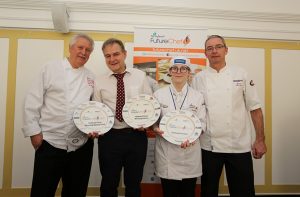 Katie Cooper, 16, from University College Birmingham, won Springboard’s FutureChef 2017 cooking competition, beating over 9,000 12-16 year olds from across the UK in the process. FutureChef has now seen over 100,000 school pupils involved since it began in 2000.

Katie beat 11 other finalists and served up a menu of pan-fried sea bass with cauliflower puree and a red wine reduction, followed by a dessert of chocolate cheesecake with raspberry and caramel shards. She was mentored by Anthony Wright, University College Birmingham.

Speaking at the National Final, Anne Pierce, Springboard’s Chief Executive, said: “Congratulations to all of our hard-working, committed finalists – they have all been part of a great FutureChef. It really is amazing to see the quality of work by young chefs improve year on year, the talent we see as a result of the Springboard FutureChef initiative is remarkable and Katie is a true winner.”
Read more

TravelClick launches media intelligence platform to drive direct booking revenue for hotels: Data continues to be the driving force that enables hoteliers to stay one step ahead of competitors and make better, more informed business decisions.
Find out more

Hotel bookings on mobile devices up 67 per cent: Looking to draw new clients? A new study from HotelsCombined points to the continued importance of mobile devices for travelers looking to book their vacation.
Learn more

New York hotel market chases recovery: New York City has been working through an enormous hotel construction pipeline for the past several years — the largest in the nation — and one that is expected to keep a lid on rates and room revenue until sometime next year.
Find out more

Deutsche Hospitality expands its presence in Oman: Following the opening of the InterCityHotel Salalah in 2016, an agreement for a second hotel in Oman to be operated under the same brand has now been signed with Muscat National Development and Investment Company (ASAAS).
Learn more

Chinese capital’s growing impact on Western hotels: Chinese investment in the Western hotel industry has been building steadily since 2011.
Find out more

Manhattan eatery Le Cirque files for bankruptcy: According to the filing the restaurant owes between $500,000 to $1,000,000 to over 100 creditors. There are no secured creditors.
Read more

Booking.com reveals the most popular destinations for first-time travel: Whether it’s your first  adventure or you’re visiting an exciting destination for the first time, trying and exploring someplace new is always exciting. Check out what are the first time travel destination.