Ukip spokesman Gawain Towler “I have served under eight leaders, four of whom were Nigel”

New research from Barclaycard has revealed that busy Brits are demanding faster service and more convenient ways to pay when eating out and ordering takeaways for delivery. Some key points from the research included:

House of Commons chefs Matt Jones (Sous Chef) and Andrew Ditchfield (Head of Pastry) competed as a part of the senior English Culinary Team at this year’s 2016 World Culinary Olympics in Germany, taking away gold and bronze medals.

The Culinary Olympics, held every four years, see more than 2,000 professional chefs compete in 30 national and 20 junior teams over the course of four days. This year’s competition took place from 23-26 October in Erfurt, Germany. 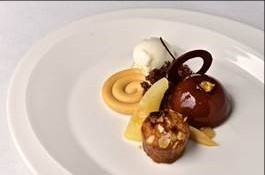 As part of the English Team, the House of Commons chefs participated in two categories within the Olympics. The team won gold in the Restaurant of Nations category, coming ahead of 14 other national teams in this part of the competition. They were also awarded bronze in the international buffet, coming away with an overall silver medal for the competition and placing 16th in the world.

8 tech trends travel marketers need to embrace: Technology is evolving at a rapid-fire pace. That’s why it’s important to take a step back and look at the bigger, mid- and long-term picture. And these days, long-term can sometimes be only three years away — or 2020

Wyndham expands rewards program to cover 17,000 vacation condos and homes: Wyndham Rewards unveiled plans to expand its program across Wyndham Worldwide, starting with the immediate addition of more than 17,000 condos and homes to the program’s nearly 8,000 hotel redemption portfolio.

IHG launches hotel virtual reality service in China: Virtual Reality is at the leading edge of technology today and has captured the imagination of consumers globally. IHG is the first international hotel group in China to provide guests with this innovative, in-room digital experience. 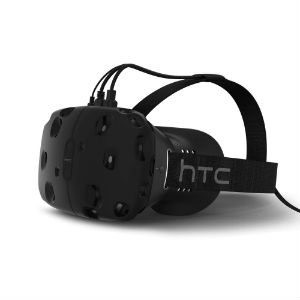 UK hospitality sector set to overtake manufacturing in ‘march of the waiters’: UK manufacturing has declined to such an extent that it is now neck and neck in employment figures with bar, hotel and restaurant jobs.
Read about it here

NH Hotel Group officially presents its NH Collection brand in America: The official launch of NH Collection in America reaffirms the Group’s commitment to the international expansion of its upper-upscale segment brand, which currently comprises 66 hotels in 13 countries in Europe and Latin America
Learn more

Italy quake: At least 15,000 in temporary shelters: Prime Minister Matteo Renzi is due to chair a meeting of his cabinet to discuss emergency reconstruction.
Read more here

Growth of city trees can cut air pollution, says report: A study by US-based The Nature Conservancy (TNC) reported than the average reduction of particulate matter near a tree was between 7% and 24%.Particulate matter (PM) is microscopic particles that become trapped in the lungs of people breathing polluted air.
Read more

Coke revenues continue to lose their fizz: The fall to $10.6bn (£8.67bn) was the sixth consecutive quarterly decline in revenue for the world’s biggest soft drinks company.
Find out more