“Being successful at networking is realising that, to get where you’re going, you need to help others get to where they’re going” 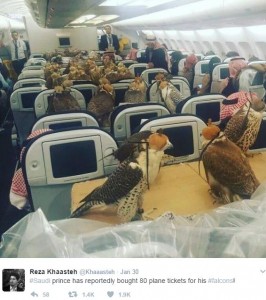 #Saudi prince has reportedly bought 80 plane tickets for his #falcons!

Starbucks To Hire 10,000 Refugees In Latest Expression Of ‘Conscious Capitalism’ 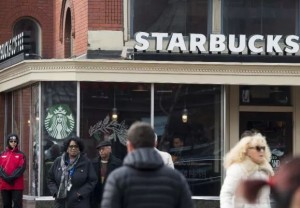 Starbucks is planning to hire 10,000 of the world’s 65 million refugees over the next five years in the 75 countries where it operates stores, starting with the U.S. market.

The move is a swift, direct response to Donald Trump’s executive order to effectively ban people from predominantly Muslim countries from entering the U.S., including refugees fleeing wars.

Today, retailers are paying closer attention to their social/philanthropic strategies in part as Millennials, which have eclipsed Baby Boomers as the nation’s largest buying group, have shown an inclination to favor brands that align with their beliefs — and shun ones that don’t. 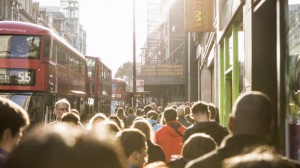 The plans, endorsed by Khan at a cross-party event inside London’s City Hall last week, would see visitors paying up to 5% extra on their hotel bills.

The levy is based on similar taxes imposed in cities such as Berlin where tourists pay an extra 5% on their bill.

Under Khan’s proposals local authorities would be given the option of imposing the levy, which would then be used to pay for infrastructure and environmental improvements in the city.

Khan argues that the uncertainty around Brexit means that London should be allowed to take back control of money and powers currently in the hands of national and European government.

More than half of US travel agents are home-based: The news emanates from research conducted by The Travel Corporation, and was advised by Trafalgar President Paul Wiseman to Travel Market Report.
Find out more

Chinese hotel sector growth expected to continue in Australia for 2017: Since 2009, Chinese visitor numbers have grown over 350% from 300,000 to 1.1 million, with China expected to become Australia’s leading inbound market by the end of the year.
Learn more

Choice Hotels continues robust development growth: The strong RevPAR performance of the company’s brands, coupled with the expansion of programs and services designed to increase franchisee return-on-investment, have helped to fuel an increase in new construction activity.
Find out more

Mexico On Trump: Number Of Tourists Shall Not Fall: Although diplomatic and economic relations between Mexico and the United States have reached a rocky phase since US President Donald Trump took office on January 20, the Mexican Tourism Secretary declared that so far there is no indication of a need to worry about the tourism sector.
Learn more

4.4 Million foreign tourists visited Abu Dhabi: According to Abu Dhabi Tourism & Culture Authority, who announced the latest data, the increase of foreign tourists represents a new record for the capital.
Find out more

Spain Has The Most Overnight Hotel Stays In EU: Last year, Spain was the country in the EU that registered the most overnight stays in hotel establishments, with 454 million nights, 7.8% more than in the previous year.
Read more

Marriott is considering hotels with common rooms and electronic booze dispensers: The public and anyone attending the Americas Lodging Investment Summit were invited to check out some of the ideas under consideration by Marriott’s engineers and designers.
Learn more