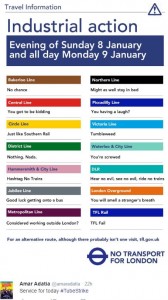 London suffered this week with the tube strike. 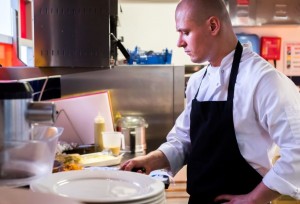 The scheme will enable employees in seasonal roles to undertake an apprenticeship despite taking a break between contracts, this marks a significant change to the usual requirement for apprenticeships to be completed within a period of continuous employment.

As one of the first training providers to pilot this new model, HIT is looking for businesses to work with to trail the scheme and be among the first to offer it to their seasonal staff.

It is designed not only to allow employees to gain formal training and qualifications, while maintaining what is a lifestyle choice for many, but also enables employers to up-skill their workforce and ensure the right expertise is available for staff completing multiple seasonal contracts.

Consumer spending rose 4.0 per cent in December, dropping below the Q4 average of 4.8 per cent, suggesting shoppers have started to rein in spending amid concerns over the wider economic picture moving into 2017.

Data from Barclaycard, which processes nearly half of the nation’s credit and debit card transactions, shows that December’s slower growth – while the same rate seen in December 2015 – was below the average of 4.8 per cent for Q4 2016, the highest growth in four years. This was boosted by record highs in October (5.5 per cent) and November (5.1 per cent). Not all growth was due to consumers splashing out, however, with rising prices responsible for some of the robust figure. 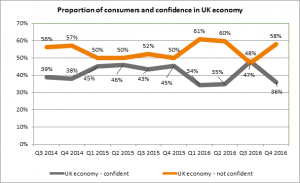 Get Ready for USA Trade Tasting 2017: Held May 16th and 17th, 2017 in New York City, the show will bring together wineries, breweries, and distilleries with small-and medium-sized importers, retailers and distributors.
Find out more

Vince Kenkel appointed VP of Engineering for NAVIS: NAVIS, one of the top reservation, sales and marketing technology providers for the hospitality industry, has welcomed Vince Kenkel as their new Vice President of Engineering.
Learn more

Chinese Tourists Avoid Switzerland Amid Terrorism Concerns: The main reason is the concern about terrorism, which is why their focus has been redirected to regions in eastern and northern Europe.
Learn more

Palsgaard buys majority share of Brazilian company: Palsgaard has acquired the majority of the shares of Candon Aditivos para Alimentos, which has supplied a range of ingredients and premixes as well as a series of bakery emulsifiers to the Brazilian food industry since 2008.
Find out more

Wine demand skips from officials to public as import market re-emerges: China’s wine market is emerging from a recent state of flux to offer cheer to the growing number of wine businesses that are invested in one of the world’s biggest import markets.
Read more

A Plant-Friendly Atkins Diet Gets High Marks On List Of 2017’s Best Diets: The annual rankings list includes 38 different diets, all of which have been evaluated by a panel of doctors, nutritionists and other health professionals. Find out more

Donald Trump’s inauguration inspires US restaurants to get political: In a political environment where every action generates an equal and opposite reaction, restaurants that want to signal their discomfort with the policies of the incoming Trump administration have to orchestrate their moves carefully during inauguration weekend. Learn more