“Making New Year resolutions is one thing.
Remaining resolute and seeing them through is quite another” . 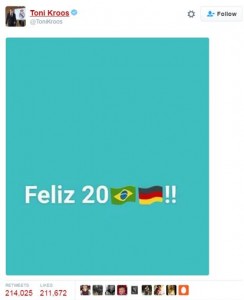 Recalling Germany’s famous 7-1 thrashing of Brazil in the semi-finals of the 2014 World Cup – in which Kroos scored two of the goals – he very cleverly used the flags of both nations to represent the numbers one and seven. 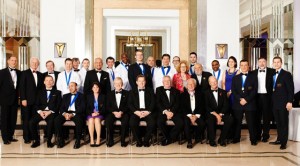 Inaugurated in 1987, The Master of Culinary Arts (MCA) is held every four years and is seen to be the ultimate accolade, awarded in recognition of outstanding craftsmanship for Chefs, Pastry Chefs and Restaurant Managers in the UK. 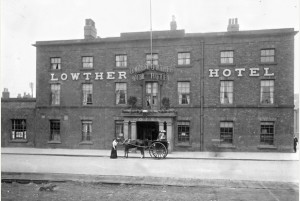 A 200-year-old hotel has claimed the prestigious accolade of becoming Britain’s oldest hotel by default – after its predecessor burnt down.

VisitEngland have handed the crown to a dock worker’s refuge which dates back to 1824 after a fire destroyed the Royal Clarence Hotel in Exeter.

Iran broadcasts it’s tourism potential: The television news pictures of centrifuges, nuclear power plants and deadlocked negotiations, have given way to visions of beautiful beaches on the Caspian Sea riviera, sun-drenched islands in the Persian Gulf and cultural sites second to none – Iran is back on the tourist map, according to the region’s leading observers.
Find out more

Morocco to join Emirates. A380 network Emirates, voted the World’s Best Airline in the 2016 Skytrax World Airline Awards, announced today that it will operate the first ever commercial Airbus A380 flight to Morocco and North Africa, when it takes the iconic double decker aircraft to Casablanca on 26 March 2017.
Find out more

Introducing new hospitality group – Pulse Hotels & Resorts: The resorts will use the latest technologies that will make guests pre, post and during-stay experience seamless and interactive. Find out more

2016 see sharp rise in buyers using sharing economy suppliers: More than a quarter (28 per cent) of travel managers now include sharing economy providers (aka interrupters) in their travel policy, compared to 8 per cent last year – a rise of 250%. Learn more

2017 is the International Year of Sustainable Tourism for Development: The International Year aims to support a change in policies, business practices and consumer behavior towards a more sustainable tourism sector than can contribute effectively to the Sustainable Development Goals – a set of seventeen aspirational “Global Goals” with 169 targets between them. Spearheaded by the United Nations. Find out more 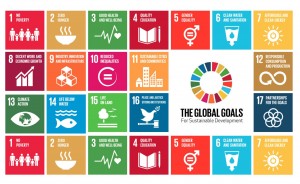 Airbnb is taking away hotel chains’ most valuable customers. Popular home-sharing site Airbnb is eating away at hotel chains’ market share, and the company is even stealing their core customers by converting loyalty program members to Airbnb users, reports Quartz. Read more

Rotana to build 12 new hotels in the UAE by 2020. Abu Dhabi headquartered Rotana announced plans to open seven new hotels in Dubai, four hotels in Abu Dhabi, and one in Ras Al Khaimah by the end of 2020. Read more