“Even if Donald Trump turns out not to be such a great president, which I don’t think is the case — I think he’s going to surround himself with really good people — but even if he didn’t, we’re only looking at four years, as opposed to multiple generations and perhaps the loss of the American dream forever,”

Dr. Ben Carson said the slightly bemusing above when assuring Republicans who were skeptical that Donal Trump has what it takes to be president.

Test of the Week 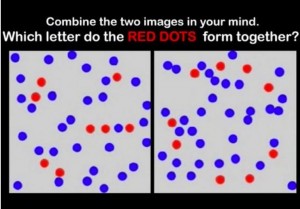 Can you spot the letter hidden in these dots?

This memory test has become a viral sensational. The answer to the above is ‘G’.

Spat of the Week 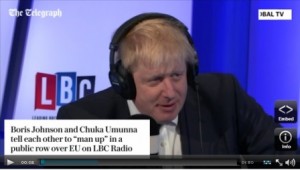 Click the image or here to watch the clip